Judge Guttman Talks About Her Time On The Bench 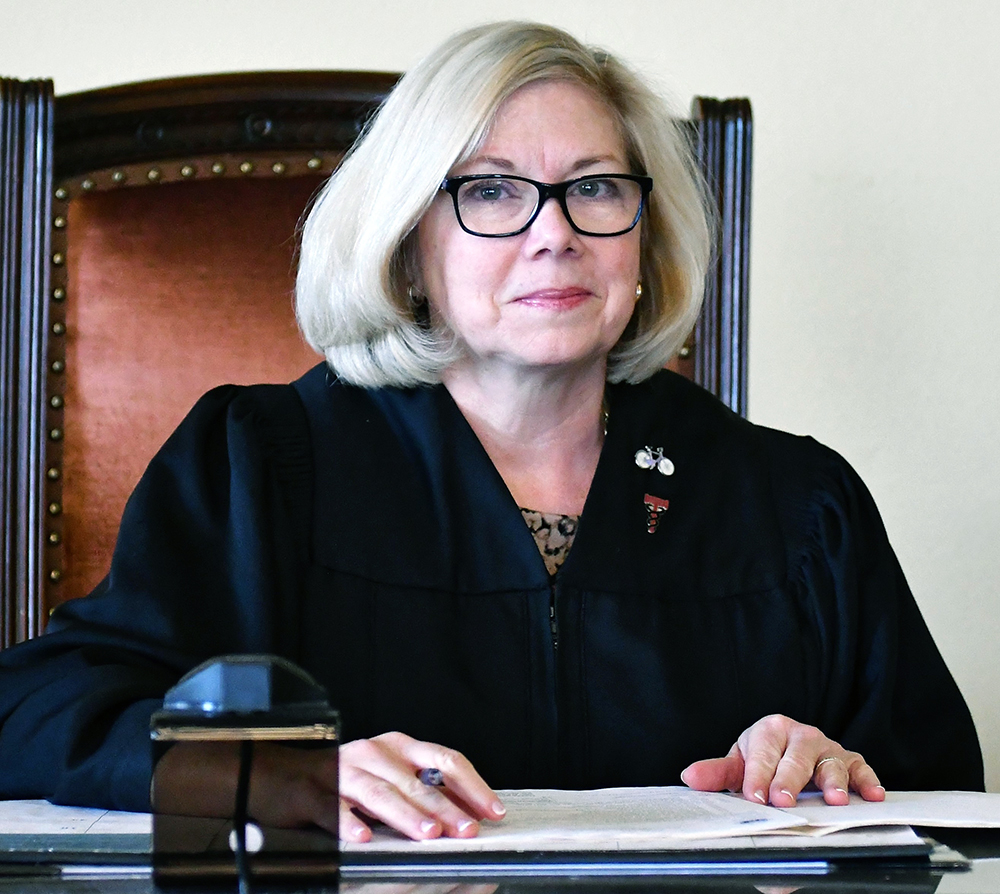 As she left the Miami County Municipal Court after 18 years at the end of 2017, Judge Elizabeth Simms Gutmann said the job fit her skill set and allowed her to pursue a love of interacting with others.

"It is much more of a social job where you come into contact with all kinds of people. I find that to be interesting and challenging. You are in the type of work where you can really make a difference in somebody's life," she said.

Growing up in Oakwood, Gutmann said she had no inkling she'd become a lawyer, let alone a judge.

After graduating from high school, she headed off to The Ohio State University to study nursing, an interest sparked by her service as a candy striper.

"I quickly realized I was not cut out for that," she said of nursing school. "I realized that what I liked about being a candy striper was talking with all the people and helping them, the interpersonal communication."

She switched majors to communication and graduated from Wright State University in 1981. A friend was accepted to law school and she decided to apply, too. She was accepted at the University of Cincinnati.

At law school, she met her future husband, Mike Gutmann of Piqua. They married in fall 1983 and moved to Piqua following law school graduation the following year. She first worked at the firm of McCulloch Felger Fite and Gutmann before becoming a public defender  in Sidney and then a prosecutor in Piqua.

While working in Shelby County, Gutmann had the privilege of  working with Judge Donald Luce. "He treated me so well. He was such a good judge, had such a good temperament and I remember thinking, 'I could do that,'" she said.

When Judge William Kessler retired in the late 1990s, she decided to run for the Municipal Court job. She was sworn in in 2000 and elected again twice.

Following retirement from the court, she'll return to the firm to work with her husband and three other lawyers. "I look forward to doing something different. I have done criminal justice for 32 years," she said.

The municipal court work fit her personality, Gutmann said. "I never felt like I was under water," she said, noting that the week she was interviewed in December she'd handled 179 cases along with court arraignments, drug court, weddings and other court responsibilities. "You have to be a person who can keep moving through the volume, keep calm, keep your thoughts organized," she said.

As a judge, she daily would walk into a room of people she didn't know, call them before the court and have "pretty personal" conversations with them about issues such as domestic violence, alcohol abuse, drugs and child care. "For me, that is something I can do ... I try to always be polite and respectful no matter what," she said. "Municipal judges are the representatives to the people of the judicial system. If you are going to come to court, you are likely to come here."

Among the biggest changes in recent years in the court has been the heroin/opioid epidemic. "If it is that bad here in our middle class county, I cannot imagine what is it like in a place like Baltimore or Cleveland. It is going to take a long time. I think it is going to require generational shift of how people look at their health, health care and pain management," she said.

Gutmann said she would miss the people at the Courthouse and the historic building as well.

She looks forward, though, to a new role on the Miami County Park District board as well as with other organizations of interest.

She and Mike have two adult children, Will, a lawyer in Columbus, and Claire and her husband Joe Hodapp. They have a daughter, Louisa. Claire also is a lawyer, working in Indiana.