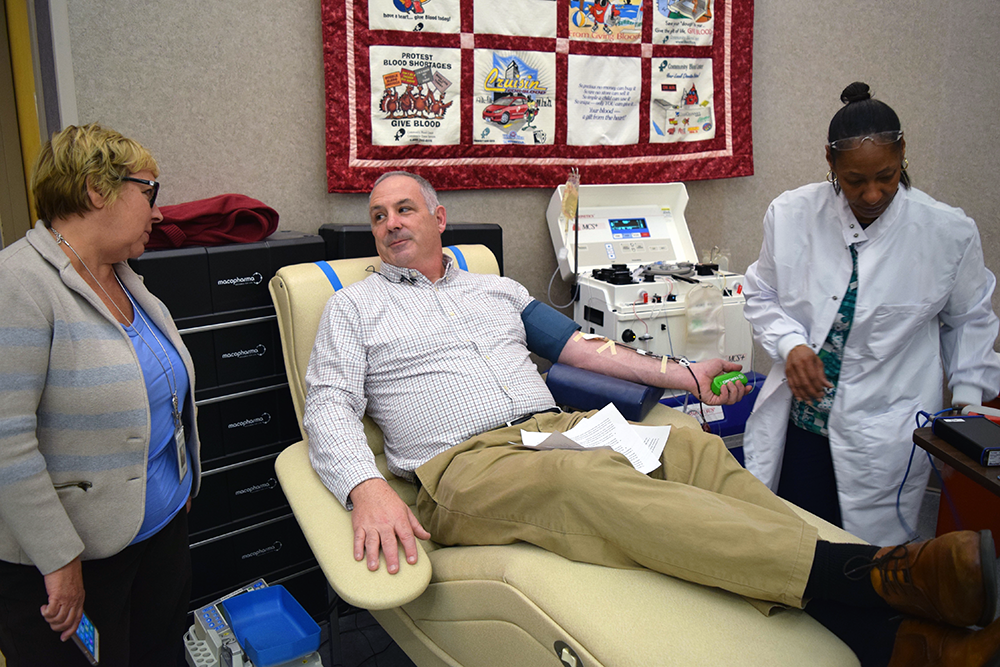 The Awards of Excellence recognize individuals and organizations across North America who made outstanding contributions in promoting blood donation and improving transfusion medicine.

Community Blood Center in Dayton nominated Rep. Huffman for the Larry Frederick Award for introducing House Bill 252, designating January as “Blood Donor Awareness Month” in Ohio.  He guided it through unanimous approval in both the House and Senate and to the desk of Gov. John Kasich who signed it into law on Feb. 8.

Rep. Huffman is chairman of the House Health Committee, an emergency room physician, and a life-long blood donor.

Huffman was unable to accept the award in person due his legislative schedule.  But he recorded his acceptance remarks while donating double red blood cells at the Dayton CBC for his 57th lifetime donation.

“I am very humbled and honored to receive the Larry Frederick Award,” Huffman said.  “As a physician and regular blood donor, I understand and appreciate the demand for blood products and the life-saving impact a blood donor can make.

“The need for blood donations is ever-present and it is my hope that House bill 252 will help draw further attention to that need and inspire everyone to donate blood and save a life.”

The Larry Frederick Award honors an individual for community leadership in raising awareness of the need for blood donations.  The award is named for former police officer and national blood donations advocate Larry Frederick.  In 1982 he was severely injured in a high speed collision and needed 110 units of blood to survive.

“Rep. Huffman asked us to support House Bill 242 and we were honored to give proponent testimony before the House and Senate,” said CBC Chief Operating Officer Jodi Minneman, who accepted the Larry Frederick award on Huffman’s behalf.  “His work as a legislator, a physician and a blood donor is inspirational.  We are proud to call him a true friend of Community Blood Center.”