The Kiwanis Club of Troy will be serving breakfast from 9:00-11:30 a.m. on the East Lawn of the Hayner Center, 301 W. Main Street in Troy for the Art’s Alive at the Hayner Festival on Saturday, August 4. They will get your day off to a good start with a delicious breakfast sandwich, juice and coffee. Then, they will join Smokin’ Bee Bee Q and Suzie’s Big Dipper to provide food and refreshments throughout the afternoon.

Activities at the Art’s Alive at the Hayner Festival begin at 10:00 a.m. with a variety of unique activities and artist demonstrations and presentation throughout the day. 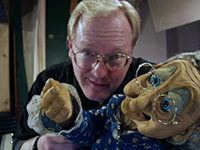 Stage entertainment begins at 10:30 a.m. with a performance by comedy ventriloquist, magician and juggler, Mike Hemmelgarn. Mike's festival show is a whirlwind of visual, exciting and hilarious family entertainment that you will not soon forget!  From world class ventriloquist characters to bowling ball juggling, to colorful balloon work, this show will be fun for audiences of any age, Hemmelgarn’s talent and perfect timing produces rapid-fire laughs that are sure to set a festive mood for the day. 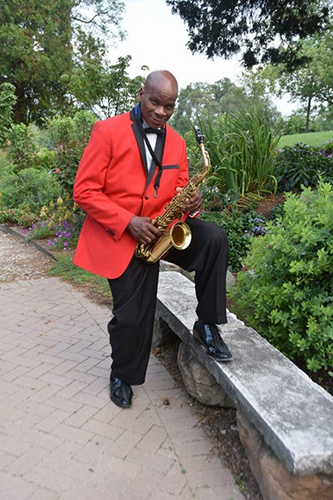 Dayton Black Box Improv Theater will perform at 2:30 p.m. Founder Justin Howard, graduated from Tippecanoe High School in Tipp City and attended Wittenberg University in Springfield, Ohio.  Wittenberg provided Justin with his first exposure to improv and he was hooked.  After completing his Communication degree, he couldn’t shake the desire to make stuff up for a living.  He moved to Chicago and then returned to Dayton eager to bring his knowledge of the art to the area. Howard started The Black Box Improv Theater in July of 2012. Howard has performed, studied and taught improv in Chicago and New York City and performs each week at his theater.  The theater is more than just a place for Justin to flex his comedic muscle as over 300 Daytonians have already studied at the theater and many of them currently perform in weekend shows.

The Black Box Improv Theater continues to grow in both size and notoriety.  Justin spends most weeks using improvisation to train both local and national companies. The Black Box has teamed up with long time Second City musical great, Trey Stone, to provide shows that push the boundaries of what many couldn’t imagine locally trained comedians can do.  The shows are all improv, all the time.

And, for those who would like to try it for themselves, the group is offering a workshop at 1:00 p.m. inside the Hayner. The workshop is geared to teens and adults and there is no charge to participate.

Popular Dayton ensemble Puzzle of Light will perform at 4:00 p.m. Puzzle of Light currently includes Michael Bashaw on flutes, harmonica, vocals, and percussion; Sandy Bashaw on guitar and vocals; Dick Roll on bass; John Taylor on drums and Erich Reith on percussion. They define their own style as creative American music, but draw inspiration from a wide range of world music including jazz, blues, folk African rhythms and Middle Eastern harmonies. Puzzle of Light has performed at numerous venues around the Dayton area. Their music video “Where there is Love” can be seen frequently on Dayton Public Television.

More information about the Art’s Alive at the Hayner Festival can be found on the Hayner website: www.TroyHayner.org.