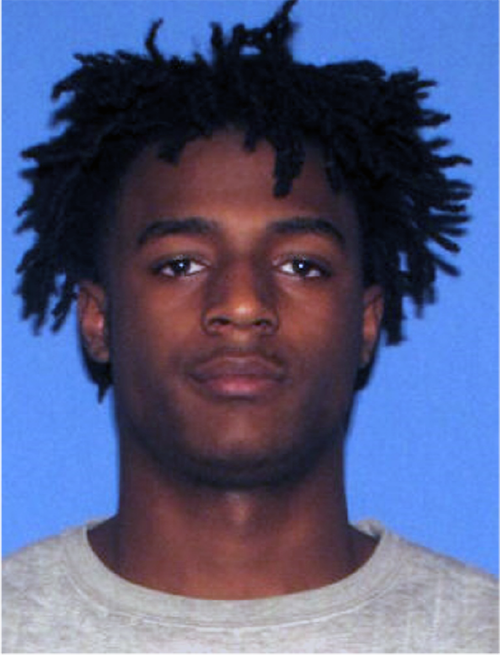 On April 22, 2019 Miami County Sheriff deputies investigated a robbery that occurred in the 100 block of Garbry Road in Springcreek Township.

As the victim attempted to walk away the suspect then struck the victim in the face.  The victim fell down and both suspects at that point began to strike him in the face multiple times.  The male suspects then fled in the vehicle.

Investigation has revealed the front seat passenger to allegedly be one Jammell Antonio Hicks.  An arrest warrant has been issued for Hicks charging him with aggravated robbery and assault.  Hicks is believed to be at large and possibly in the Dayton, Ohio area.  Anyone with information is asked to call the Miami County Sheriff’s Office tip line at 937-440-3990 or leave anonymous tips on our website www.miamicountyohio.gov/sheriff. 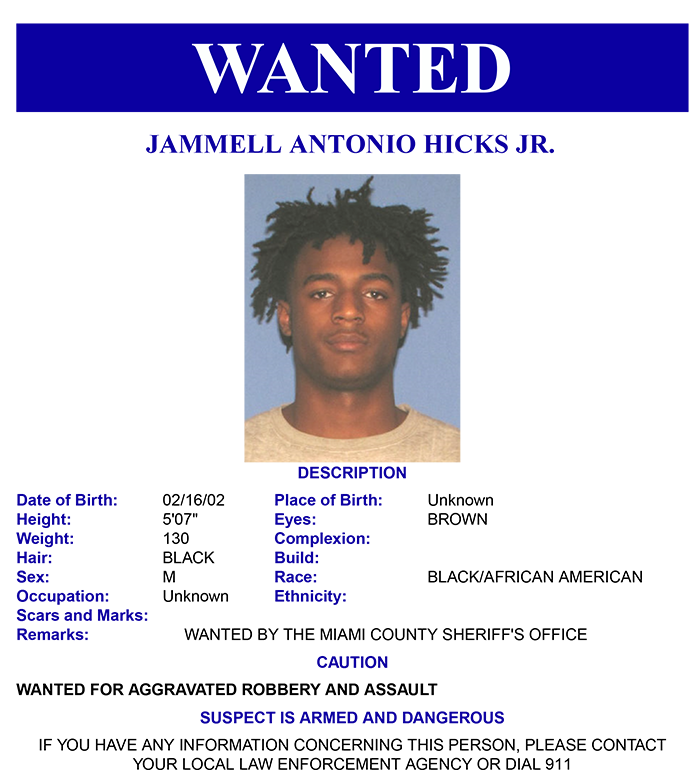