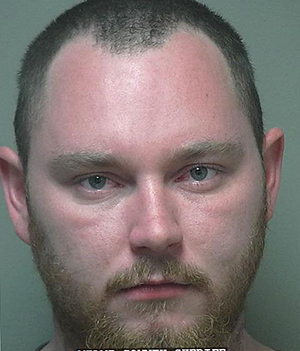 The retrial of Frank Bowen, 26, in the 2014 murder of Joseph Graley III of Bethel Township, Miami County, was continued Monday, Nov. 16, by Judge Christopher Gee because of a personal illness.

Gee met behind closed doors with prosecutors and defense lawyers before continuing the trial in a brief hearing in Common Pleas Court about 30 minutes before jury selection was scheduled to begin.

He explained that over the weekend he “developed an acute medical condition that needs attention today.”

Gee said he and the lawyers discussed options, including starting the trial later in the week. However, all were concerned about the possible impact of a trial continuing into next week on juror plans for the Thanksgiving holiday “and what that might do to the deliberating ability of the jury,” he said.

Gee said a new trial date would be set as soon as possible.

Another jury deliberated around 14 hours over three days before telling Gee on Aug. 4 it would not be able to reach agreement on charges of murder, gross abuse of a corpse and tampering with evidence against Bowen. Gee declared a mistrial. That jury found Bowen guilty of safecracking.

The body of Graley, 31, was found Oct. 23, 2014, under brush in the backyard of his home. He had been reported missing to the sheriff’s office the previous day.

During the first trial, investigators said Graley died of blunt force trauma to the head and neck. Prosecutors said a sledgehammer found in a wooded area behind the house with the DNA of both Graley and Bowen was the murder weapon.

Bowen, formerly of the Tipp City area, returned to the county in late September 2014 from South Carolina. Prosecutors said he moved in with friend Graley because he had no place to stay days before Graley disappeared.

Defense lawyers questioned prosecution witnesses about differences in their recorded statements to investigators looking into the missing person and the death and the testimony made in court.

They also repeatedly asked about the investigation. They questioned witnesses why the area around Graley’s house was not secured as a crime scene before Graley’s body was found but after he had been reported missing and items – a towel, pillow and the sledge hammer - with what was believed to be blood on them found in the wooded area.

The jury in the first trial did not visit the Graley property located off Scarff Road. Gee last week granted prosecutors’ request for a jury view.