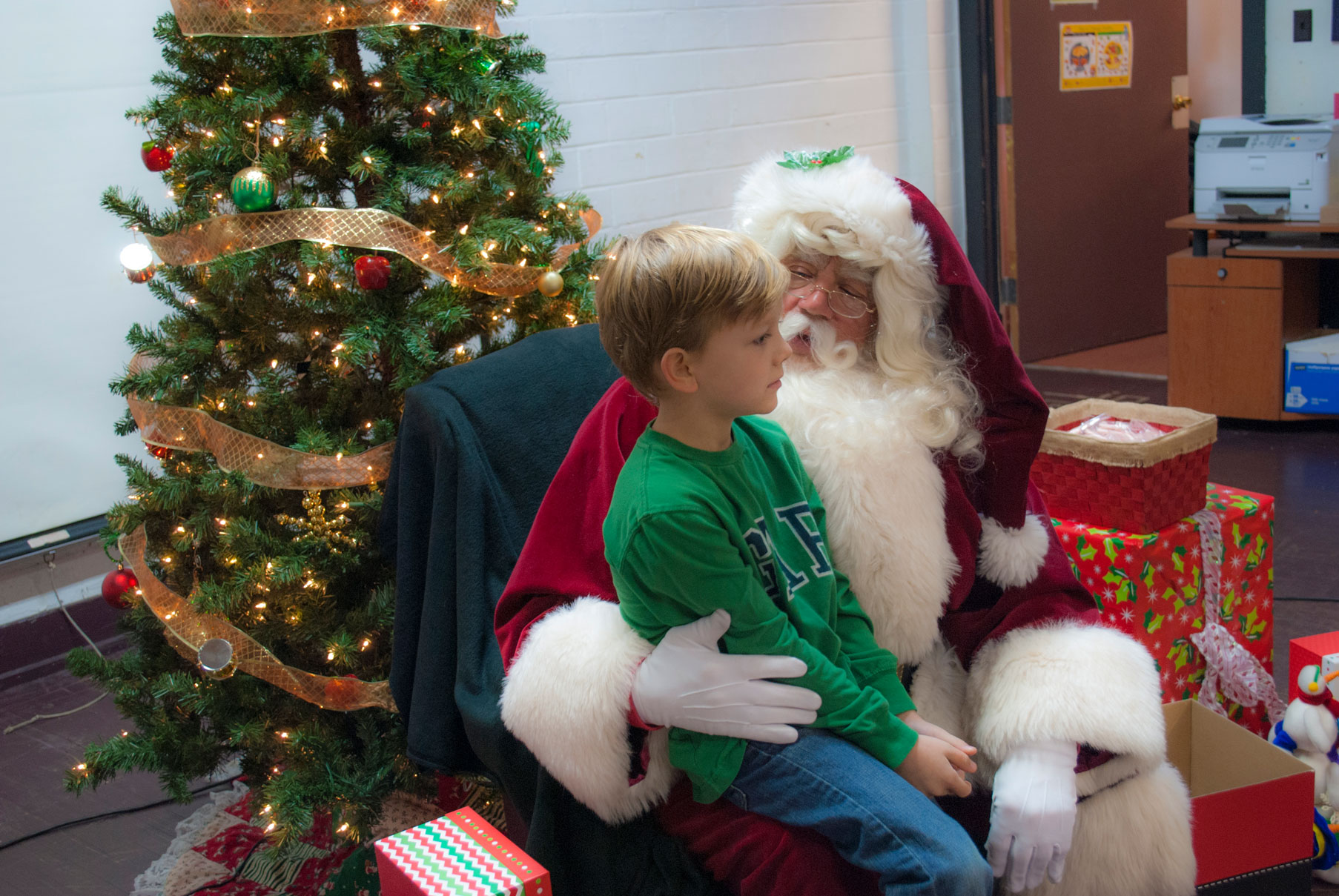 The vivid sights, sounds, and smells of the season brought the Christmas spirit to the Lincoln Center with Troy Rotary’s Breakfast with Santa on Saturday, December 10. This is year 6 for the Rotary initiative to bring Santa’s encouragement to local children during the holidays. It was the first year, however, that the event was hosted at the Lincoln Center.

Executive Director of the Troy Foundation and Breakfast with Santa program leader, Melissa Kleptz said that the new partnership with the Lincoln Center came about because many of the families attending the breakfast in previous years came from the community surrounding the center. The event used to be held at St. Pat’s Parish Center on East Water Street. “We found that there were quite a number of those who had been given tickets over the last couple years who did not have transportation to get to the breakfast,” Kleptz said. “A lot of the families are already taking advantage of the tremendous services and facilities the Lincoln Center provides and so it just made sense for us to bring Santa to see the children in a venue that was more accessible and familiar.”

Also, in years past, Rotarians and generous members of the community have bought and donated tickets for underprivileged children to have breakfast with Santa. This year, however, a successful fundraiser brought in $2000 this summer making the tickets available for free to families.

Pancakes and Christmas coloring pages were an added bonus for children who saw Santa in his big, red coat surrounded by Christmas lights and presents on the Lincoln Center gymnasium stage. Reese Echols has been coming out to see Santa for three years and was still just as excited this year. He came with his best friend, Hudson Addis. Both of the boys sat on Santa’s lap for a picture taken by Troy’s Director of Public Service and Safety and Troy Rotarian, Patrick Titterington. When Reese was asked if he had been good enough for Santa to bring him what he was wishing for, he said, “I think so.” Then, upon further reflection he confidently said, “Yes!” His mother Jessica Echols, the Executive Director at local non-profit Partners in Hope, said that Reese and his siblings get three presents a year. When asked the reason why he received three gifts for Christmas each year, Reese said, “It’s the same number of presents Jesus got from the wise men.”

In person, Santa offered two gifts to children who came to sit on his lap. A stuffed toy and candy cane for each child were accompanied by wise advice from the Jolly Old Elf about “picking up” their toys and obeying their parents and teachers. Despite his gentle humility with the children, Santa was shrewd in asking the first question before he allowed anyone to interview him this year. “Have you been good this year?” was the question that preceded any further conversation with everyone’s favorite Saint. Only after an affirmative answer was further inquiry permitted. He said he has been very proud of the boys and girls of Miami County and plans to grant many Christmas wishes this month. “I have been extremely busy but it is always worthwhile to spend a couple hours with the children here at Breakfast with Santa,” Santa Claus said. Always in a jolly mood, he laughed and twinkled at each child, a pure reflection of the innocent joy of the Christmas season.