Huffman, Beagle Give State of the State 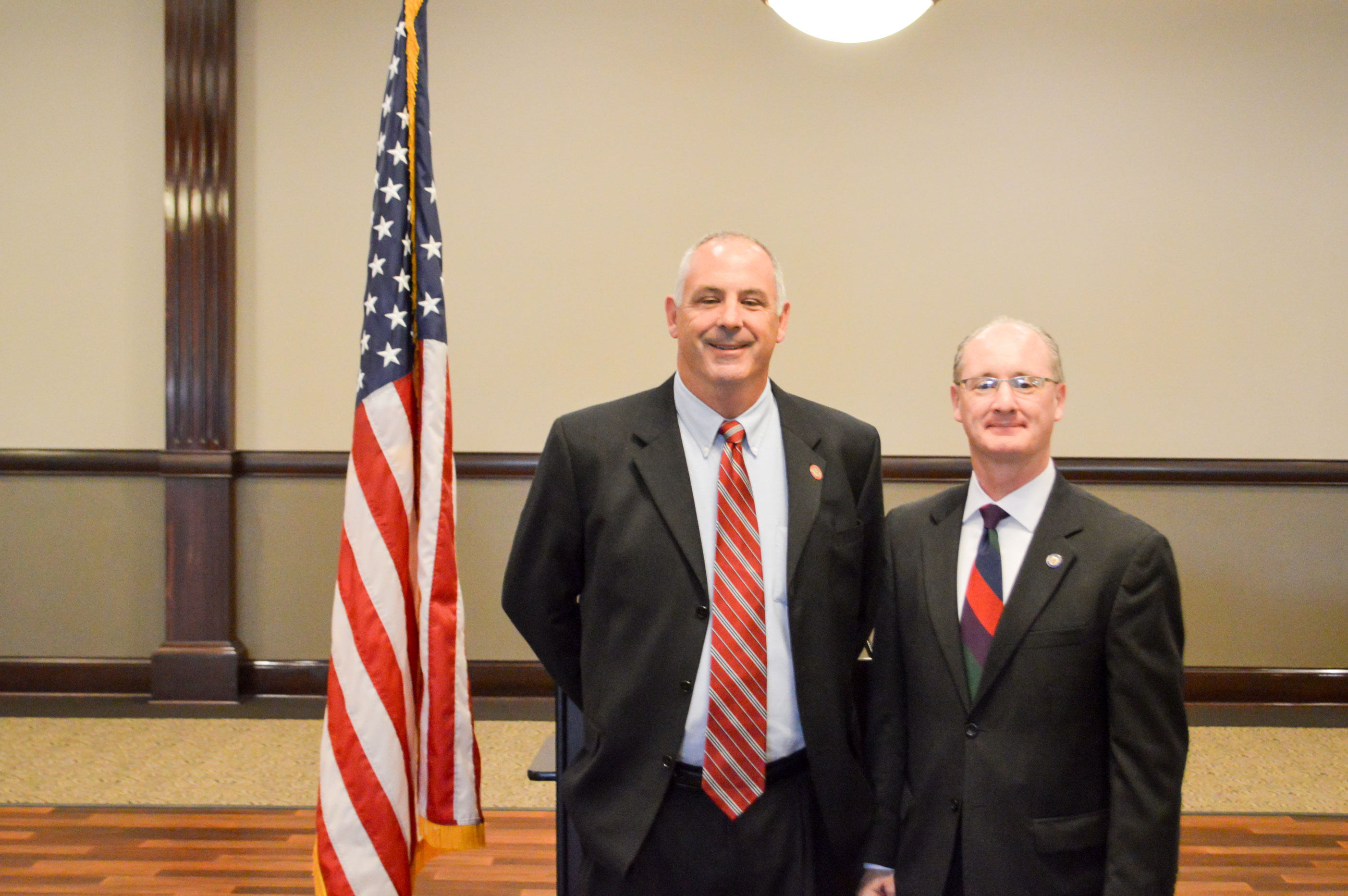 The Ohio General Assembly will face “a lot of challenges” when it addresses a new state budget next year, State Rep. Steve Huffman, of Tipp City, said Monday, Dec. 12, during the State of the State luncheon in Troy.

State Sen. Bill Beagle, of Tipp City, also spoke during the luncheon coordinated by the county chambers of commerce. Beagle’s comments focused on a new workforce and economic development project being introduced formally this week.

Huffman said his main concern with the upcoming budget discussions will be dealing with the cost of expanded Medicaid and related Medicaid costs that will total almost $2 billion in the next budget. “We have to come either with new taxes or cutting budgets,” he said, adding that he anticipates the approach will be finding ways to cut the budget.

“It will be interesting to see what proposal the governor brings forward … So stay tuned,

Beagle said. The governor’s budget is expected in early February.

Huffman also briefly discussed the state’s medical marijuana law approved by the General Assembly earlier this year. When the law was passed, he said he insisted on local control. “You guys can decide that,” he said of an issue that is being addressed in several area communities, including Troy.

The most appropriate places for medical marijuana facilities would be in industrial parks versus a downtown, Huffman said. He said he believes the legislature’s action on medical marijuana kept a “pseudo-recreational” marijuana issue off this fall’s ballot.

Beagle said the state this week will unveil a state workforce and education alignment project designed to help employers in their continuing efforts to find enough qualified employees. The project was paid for using a federal grant.

“Our goal is to align education and training with workforce development and make sure everyone is growing in the same direction,” he said.

The tool can be found at ohiomeansjobs.com.