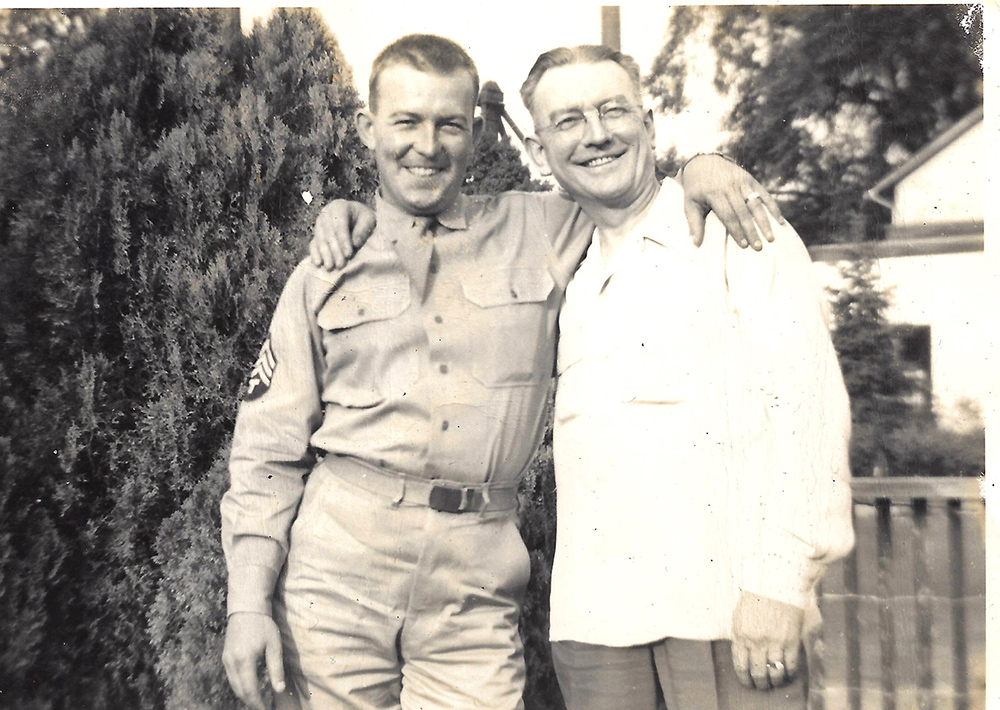 For over forty years—from the 1930s to the 1970s—Clarence “Red” Zweibel and his family operated a favorite place to shop for food in Troy.  Zweibel’s IGA Foodliner was once Troy’s largest independent grocery.  It was known for its marketing innovation and good service.

The store was in a great location.  Before the creation of Interstate 75, anyone traveling through Troy, motored through on the Dixie Highway (much of the highway is County Road 25-A today).   Zweibel’s grocery was along the Dixie Highway at a point where the roadway turned from a north and south direction to east and west.  Everyone traveling through Troy on the old roadway turned at the store corner.   In fact, when people used to give directions to strangers, they sometimes used the store as a reference point—“turn as Zweibel’s grocery.”

It should be noted that during World War II, when local factories often had late night or work shifts 24 hours a day, Zweibel’s grocery store also stayed opened day and night to accommodate individuals who worked through the night.

The store was remodeled/expanded several times.  The size of the store was doubled in 1946 and a further expansion was made in 1948.  A new parking lot was added in 1952, and in 1958, the store was expanded a third time.  During that remodeling, new flooring, lights and automatic entrance doors installed.

Perhaps the greatest change came in 1962 when 3,000 feet of space was added to the store.  Remodeling went for about four months in the early part of the year.  The new addition, which was designed by Max, had some unique features.   The produce department had two 11 foot horns of plenty filled with artificial fruits.  They were made by a St. Louis florist.  Next to the fruit and vegetable bins there was a bubbling waterfall.  In the waterfall water, there were artificial rocks, frogs and water lilies.  At one time there were small fish in the water, but they were sucked into the water recirculating system and died.  The dead fish were not replaced.

The store’s gourmet section was said to be the most complete in Troy.  It featured dozens of items including rattle snake meat, octopus, quail eggs and fried butterfly cocoons.

The store’s meat cooler was disguised as a little red barn.  It presented idea to customers that the store’s meats came directly from the barn.  A meat case built into one side of the barn contained bacon and ham items.

Zwebel’s also offered their customers free coffee or tea.   The store coffee machine supposedly could dispense coffee in 12 seconds, dump the coffee grounds and wash itself.

In 1962, the store also became part of the IGA grocers’ organization.  The letters IGA stand for Independent Grocers’ Alliance.

Shortly after the store’s grand remodeling, however, Red Zweibel passed away in October 1962.

The operation of the store was truly a family affair.  Max’s sons Kip and Ricky worked in the store and Joe Reardon—the husband of Red’s daughter Betty—served as the advertising and public relations manager for the store.

The store was known as Zweibel’s IGA Foodliner.  The word “Foodliner” is seldom used for grocery stores today, but was commonly used in the mid-20th century.

Unfortunately, Max died in December 1971, at the age of 54.  After his death, the store name changed several times and finally it went out of business and was torn down in the late 1970s.

Today, what was once one of the largest and most innovative grocers in Troy is nearly forgotten.

To learn more about the Zweibel IGA Foodliner and the Zweibel family, contact The Troy Historical Society at (937) 339-5900 or by email at This email address is being protected from spambots. You need JavaScript enabled to view it..