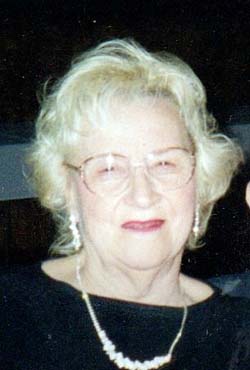 Patty Jean Hall Harper Elson, 79, of Troy, passed away 6:15 a.m. Thursday, April 3, 2014 at Piqua Manor Nursing Home in Piqua. She was born in Pike County, Kentucky on October 2, 1934 to the late Benjamin Harrison and Sadie Imel (Fife) Hall. She was married to William B. Harper who preceded her in death on October 8, 1985. She later was married to Lloyd E. Elson and he preceded her in death on September 27, 2012.

Patty was a member of the Tipp City Church of Christ. She was a High School Graduate of Fleming-Neon High School in Fleming, KY. She won the very first Mountain Heritage Golden Girl Pageant Winner in Letcher County, Kentucky. Patty and her late husband, Lloyd, were fans of country music for several years along with being karaoke singers. She had been singing country music all over the Miami Valley for many years.

A funeral service will be held 11:00 a.m. on Monday, April 7, 2014 at Fisher-Cheney Funeral Home, Troy with Minister Robert Vincent officiating. Visitation will be from 2:00 to 4:00 p.m. on Sunday, April 6, 2014 at the funeral home. Interment will be in Fletcher Cemetery, Fletcher. Pallbearers will be: Christopher Martin, Lester Martin II, Doug Hall, John Hall, Robert Fisher, Jim Bentley, Can Bentley Jr., Robert Collins Jr., Chris Fisher, Michael Fisher, and Garnett Fryman. Condolences may be left for the family at www.fisher-cheneyfuneralhome.com.