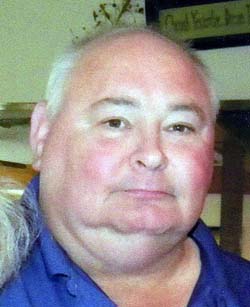 Jake is also survived by one daughter and son-in-law, Jennifer and Matt Snyder of Vandalia; one son and daughter-in-law, Jim and Kelly Stephens of Jacksonville, NC; three sisters and brothers-in-law, Brenda and Steve Bryant of Greenfield, IN, Donna and Lonnie Kosch of Carroll, OH, Lana and Larry Rose of Kentucky; three brothers and sister-in-law, Phillip Stephens of Beavercreek, John and Renee Stephens of Trotwood, and Dan Cantrell of Pleasant Hill; one sister-in-law, Kristy and Gordon Holm of Troy; four grandchildren, Brayden, Cooper, Margaret, and Bo Stephens; and his niece and nephews.

Jake was a member of the First United Methodist Church in Troy. He was raised on a farm in the Pleasant Hill area. He graduated from Newton Schools in 1972 and Manchester College in Indiana in 1976. He was a soccer coach for his daughter, Jennifer, and a little league baseball coach for his son, Jim. He was a member of the Troy Jaycees and the Troy Moose Lodge. He played on the Troy Moose golf league, Hobart Manufacturing Bowling league, and the Troy Jaycees baseball league. He was an umpire for the City of Troy baseball league. He worked at Hobart Brothers in Troy, Hobart Manufacturing in Troy, and was a retired school teacher with Dayton Public Schools as a Special Education teacher. He was a big UK sports fan and he loved his children, grandchildren, his dogs and his granddogs.

A funeral service will be held 11:00 a.m. Saturday, April 5, 2014 at Fisher-Cheney Funeral Home, Troy with Rev. David Leckrone and Lay Minister Robert Lybarger officiating. Visitation will be from 5 to 8:00 p.m. Friday, April 4, 2014 at the funeral home. Interment will be in Riverside Cemetery, Troy. Contributions may be given to Hospice of Miami County, PO Box 502, Troy, Ohio 45373, in his memory. Condolences may be left for the family at www.fisher-cheneyfuneralhome.com.