Nearly 400 students earned a total of 440 degrees or certificates in the areas of business, computer information technology, engineering technology, health science, industrial management and technology, and social and legal services at this year’s graduation. 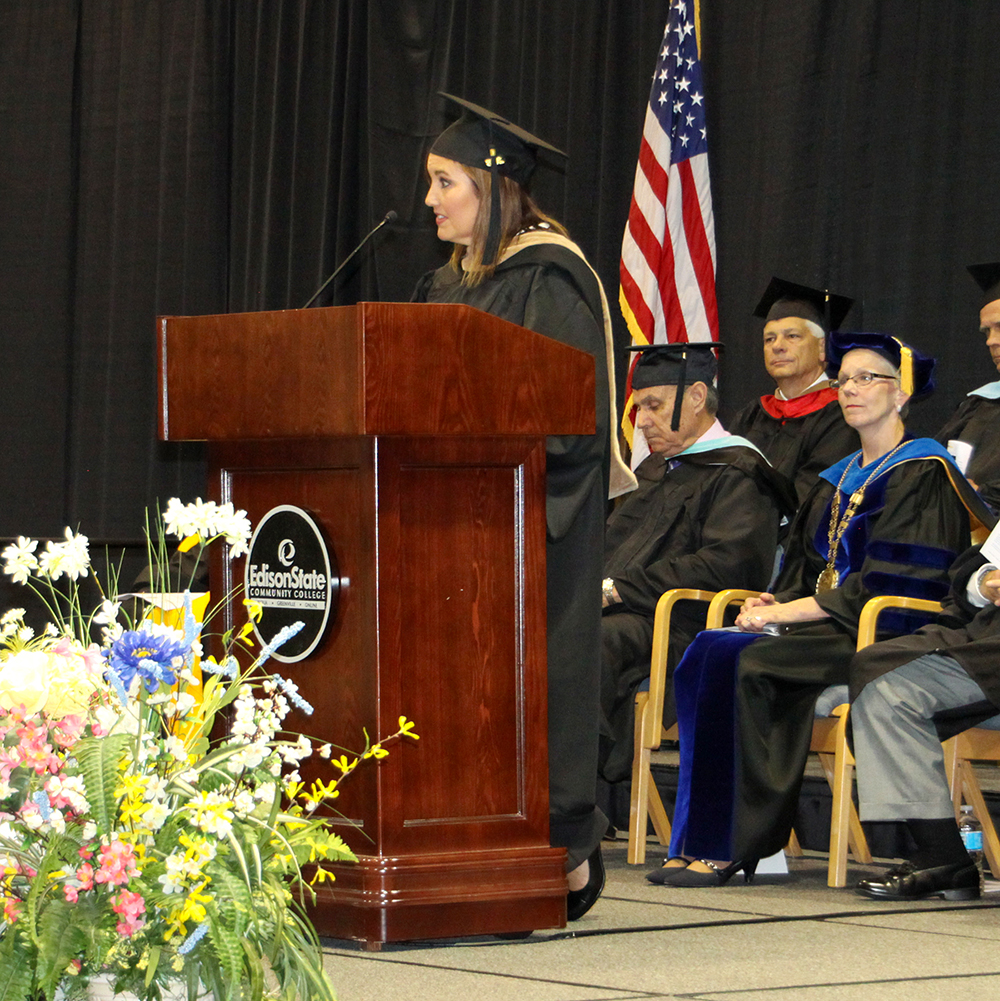 Taylor was sworn in to serve as Lt. Governor in 2011 and is currently fulfilling her second term alongside of Governor John Kasich. As Ohio’s 65th Lieutenant Governor, Mary Taylor leads Ohio’s Common Sense Initiative (CSI) to reform the state’s regulatory policies, and serves as the director of the Ohio Department of Insurance.

“Ohio provides an enriched future in both business and life, where success is built within the broader context of fulfillment,” said Lt. Governor Mary Taylor. “You are now part of one of Ohio’s strongest assets, its workforce. Congratulations to the 2016 graduating class.”

During the ceremony, Lt. Governor Taylor was presented with an honorary degree from Edison State in recognition of her significant contributions to higher education, the State of Ohio, and attainment of eminence in her professional field.

As the evening’s events drew to a close and the last degrees and certificates were awarded, Edison State President Dr. Doreen Larson took a moment to reflect on the sacrifices made by the families and friends of those that were being honored, and to note the overwhelming diversity amongst this year’s graduates.

“It is always a thrill to see the immense diversity among our graduates,” said Edison State President, Dr. Doreen Larson. “We have some very young graduates, many graduates with young families, and other graduates who have fulfilled their dreams of attaining a college degree after raising children or pursuing other careers. This wide range of successful students demonstrates the flexibility of our faculty and our commitment as a college community to the individual success of all our students.”