Turkeys are gobbling nervously this time of year. Thanksgiving is just around the corner and soon enough many will be bloated with stuffing and cranberry sauce, enjoying a peaceful nap on a relative’s couch. 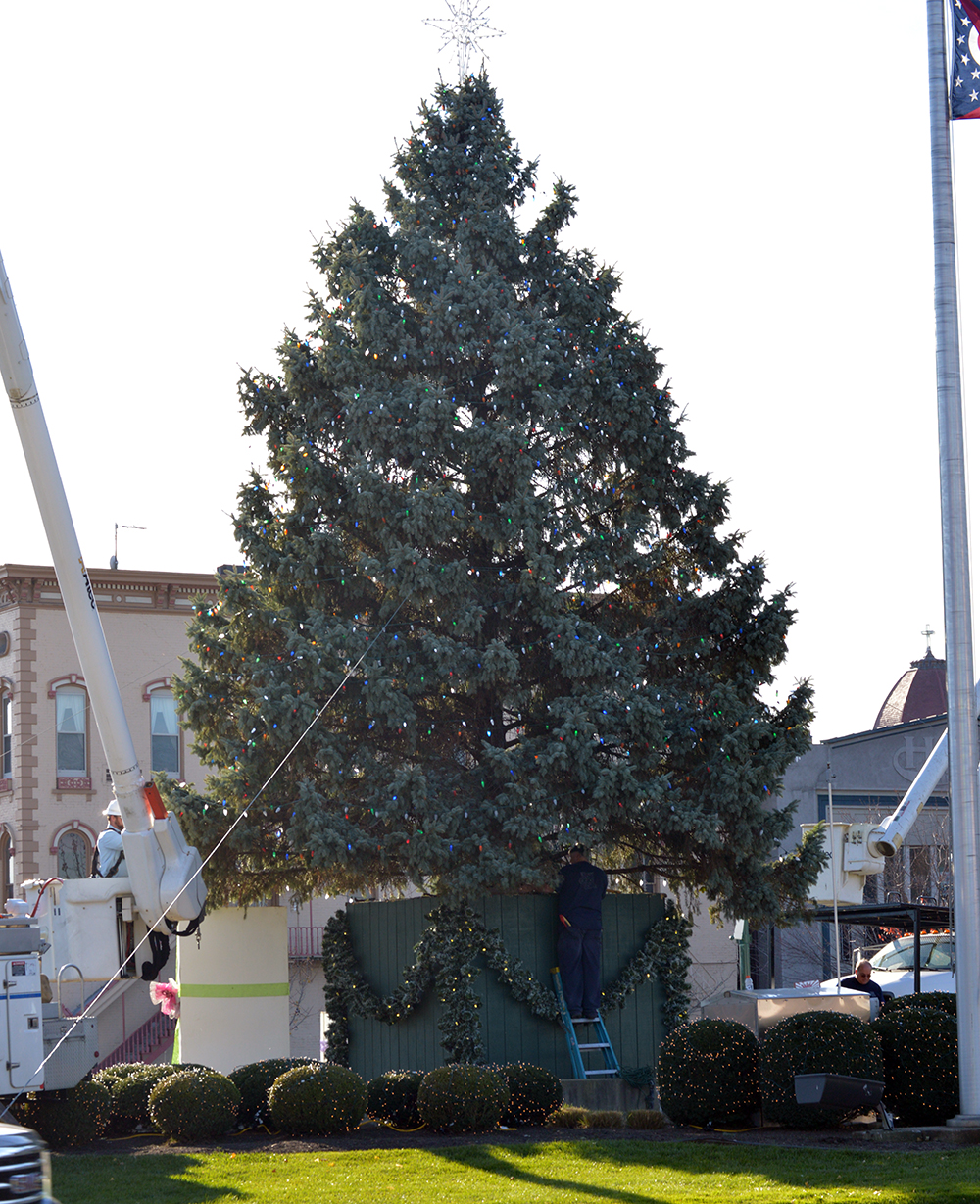 In the meantime however, the city of Troy is already revving up its festive engines in preparation for the encroaching shopping season. Decorations have already started popping up around the square, from strings of lights draped across the trees to garlands and wreaths appearing in storefronts.

Of course, all this cheer would be incomplete without the towering Christmas tree aglow with lights in the center of the square. The tree is already in the process of being set up, and the “grand illumination” is to take place on Black Friday, November 25th, right after Thanksgiving. The event officially begins at 7:00 pm when the tree is actually lit, but downtown will open up at 5:00 with activities for kids and a variety of food vendors. Mr. and Mrs. Claus arrive at 6:15 and begin the tree lighting ceremony at 6:45. The whole thing is tied up by Mayor Beamish reading his traditional “’Twas the Night Before Christmas” poem. Afterwards, Santa’s cottage and the Kris Kringle Market open up for free to the public. Anyone who hasn’t already worn themselves out by searching for deals should consider checking it out: it should be an exciting and cheerful affair, which might help take the edge off the day’s frenzied shopping,

All this comes a little early to some, as December is still a good half month away. Every year it seems like Christmas comes earlier and earlier. Christmas decorations and sales can even be found in some stores prior to Halloween. “I honestly hate it,” said Jake Smith, a junior at Troy High School. A senior, Austin Rank, had a different view. “I really like it. It seems like people are just a lot happier this time of year,” Rank explained.

Despite the differing opinions from students about the early start of the holiday season, it is already upon us. So whether or not you’re feeling the cheer, consider stopping by the grand illumination on November 25th at the square. It might just light up your night.

Ryan Quinlan is a senior Trojan Tempo Staff Writer who grieves for the oppressed and slaughtered turkeys.