Four area wrestlers competed last weekend in the OHSAA state wrestling tournament at Ohio State University, and three of them were able to place on the podium on Saturday.

Troy Christian’s Jacob Edwards, who wrestled at 106 in the Division Three meet, placed the highest of the local wrestlers as he finished as the state runner-up, falling in the championship match. 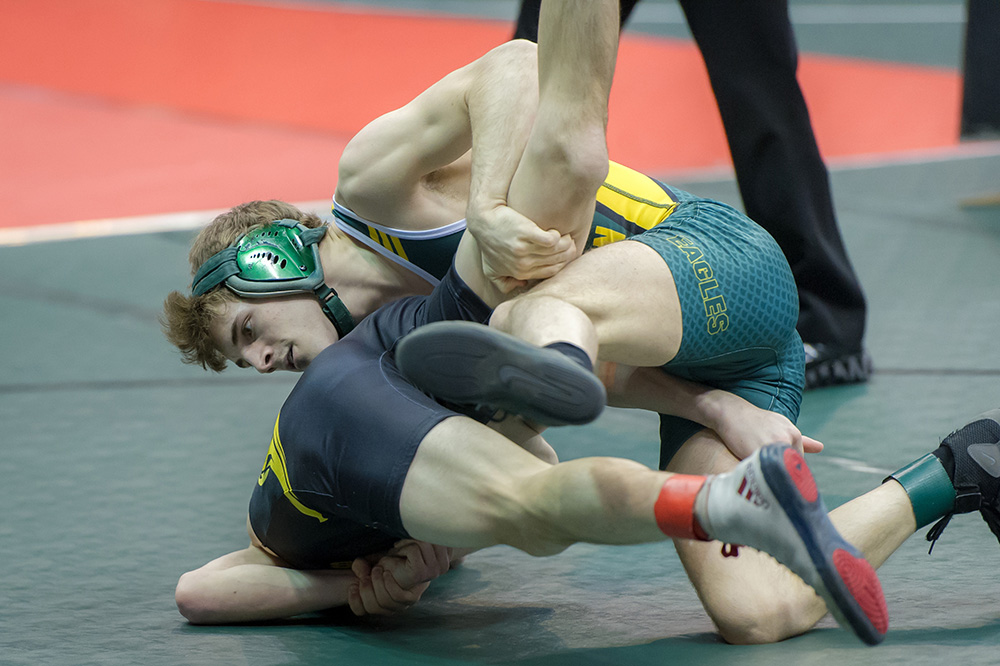 Tipp’s Jack Peura failed to advance to the placer round as he was eliminated in consolation play.

Edwards, only a sophomore for the Eagles, opened the state tournament, as a #2 seed in his weight class in Division Three. He opened tournament play with a pin in 1:16 in the opening round against Dylan Burns of Milan Edison to advance into the second round of the championship bracket. There, Edwards had a hard-fought 6-3 victory over Zach Larue of Akron Manchester to send him to the final four of the winners bracket.

In the semi-finals, Edwards battled Cole Mattin of Delta all the way to the final buzzer, as the Troy Christian sophomore edged Mattin 2-1 to send him into the state championship match.

Edwards got into the finals against 47-1 Dylan D’Emilio, a freshman at Genoa Area and the Northern Ohio wrestler pinned Edwards in 3:27.

Also placing for the Eagles was Sergent, who won his opening match of the state tournament by defeating Griffin Jenkins of Galion Northmor 8-1. Sergent then ran into one of the top seeds at state in Drew Mattin of Delta, who knocked off Sergent in the opening period with a pin in 1:26. Mattin ended up running the table and earning the state title.

Sergent then dropped into the consolation bracket, where he defeated Gavin Stika of Creston Norwayne in quick fashion, via a pin in 43 seconds before dropping a 12-9 decision to Bruce Hrynciw of Oak Harbor. Sergent then defeated Cameron Gessner of Sandusky St. Mary’s in 19 seconds to claim the seven place finish at state. 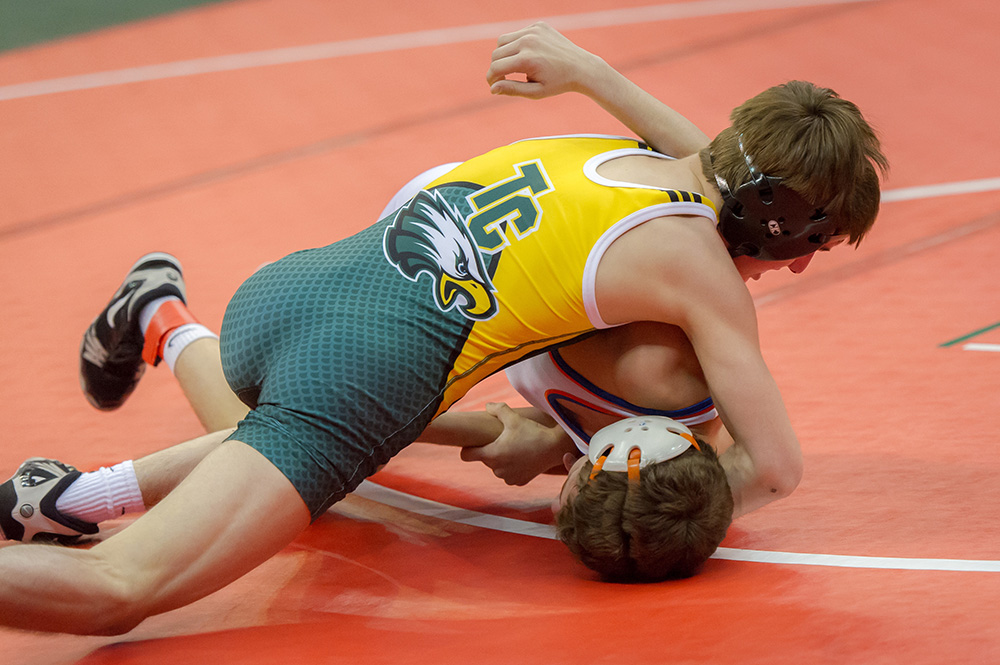 Tippecanoe’s Ferrell didn’t waste any time earning a victory in his opening match in the Division Two tournament, as he quickly disposed of Jaret Aubiel of Uhrichsville Claymont at 285 with a pin in 29 seconds.

Ferrell then lost his second match at state, dropping a 10-5 decision to Jamez Young of Sandusky to drop into the consolation round. There, the Red Devil grappler was victorious over Colvin Turner of Franlin in 1:57, but ran into Michael Furbee of St. Clairsville where he lost in 4:07. Ferrell placed seventh as he didn’t have to wrestle in the last match due to forfeit.

Peura entered his opening match at 152 as the second-seed from this region, and he lost his first match of the state tournament, falling to Michael McIntire of Akron St. Vincent St. Mary 12-3, immediately forcing Peura to have to come through the consolation bracket to attempt to qualify for state.

Once there, Peura won his next match with a 15-0 victory over Logan Dusenberry of New Philadelphia but lost to Davey Tunon of Clinton Massie 9-2 ending Peura’s season.