It was a day that the Troy girls’ bowling team will never forget.

After placing third in the team games to qualify for the tournament, the Trojans put together three rounds of great bowling, and used a big strikeout in the tenth frame of the finals to win the state championship on Saturday and give Troy their first state title on the girls’ side in school history. 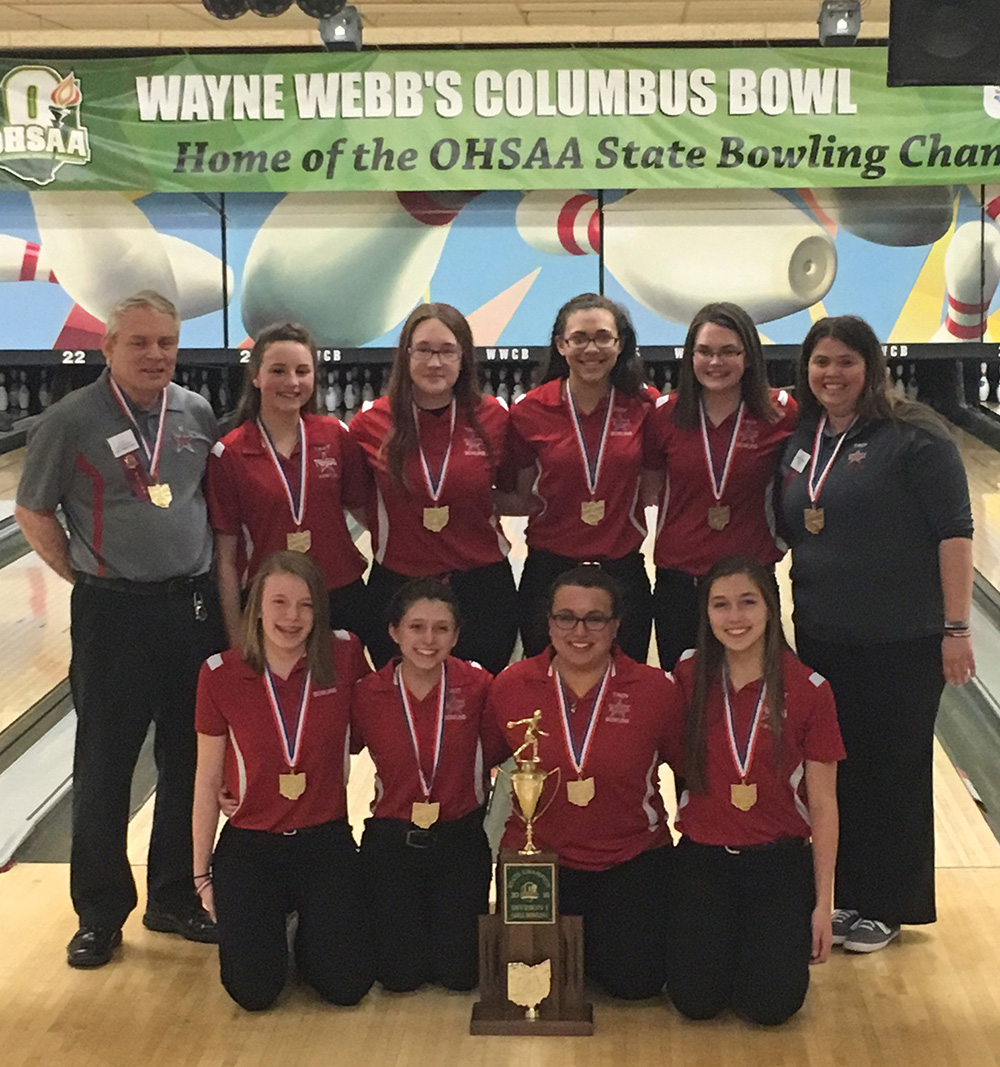 “There are 16 teams that made the finals and only one of the teams get to call themselves the champions,” said Troy coach Rob Dever. “Today, that was us. It is very difficult to accomplish, but we have faced state level competition all year long in the GWOC.” Troy’s final match was against ironically another GWOC team, as they defeated Beavercreek 3-1 in the finals.

“Rachel was solid all day long and threw the ball well today,” Dever said. “She got tired at the end, but other than that, she threw great. Jenna also struggled in the first game getting adjusted. We helped get her moved into the right spot, then she started to light them up. Once you get her lined up, she is good to go.”

After their three team games, they bowled baker games of 171-192-171, which all totaled up to 3410 and put them into third place, advancing them to the team tournament.

Once in the finals, Troy won the opener for the first time on the day. They defeated Beavercreek 255-146 in the opening game, before losing game two 223-210. Troy then survived a rough third game 199-196 as Stone needed a spare to keep the winning going, then needed at least a seven on the last ball and picked up a nine for the win.

With a chance to pick up the state title, Troy fell behind Beavercreek early in game four, but opened the ninth and tenth frame. That opened the door for a strike from Darrow in the ninth frame, then Stone stepped up and delivered three consecutive strikes in last frame, with the last ball being the one that gave Troy the state title and the gold around their necks.

The boys won the state bowling title in 2011, now the girls have one to put in the trophy case to represent their success in 2016.

“It’s one of those things that no matter what happens from this point forward, they will always be able to call themselves state champions,” Dever said.