The Troy baseball team had their chances last week, as they battled Fairmont in the sectional baseball tournament in Kettering. After leaving the tie-breaking run in scoring position each of the final five innings, they could not push the run across, and watched as the Firebirds walked in the winning run in the bottom of the ninth inning to defeat Troy 2-1. 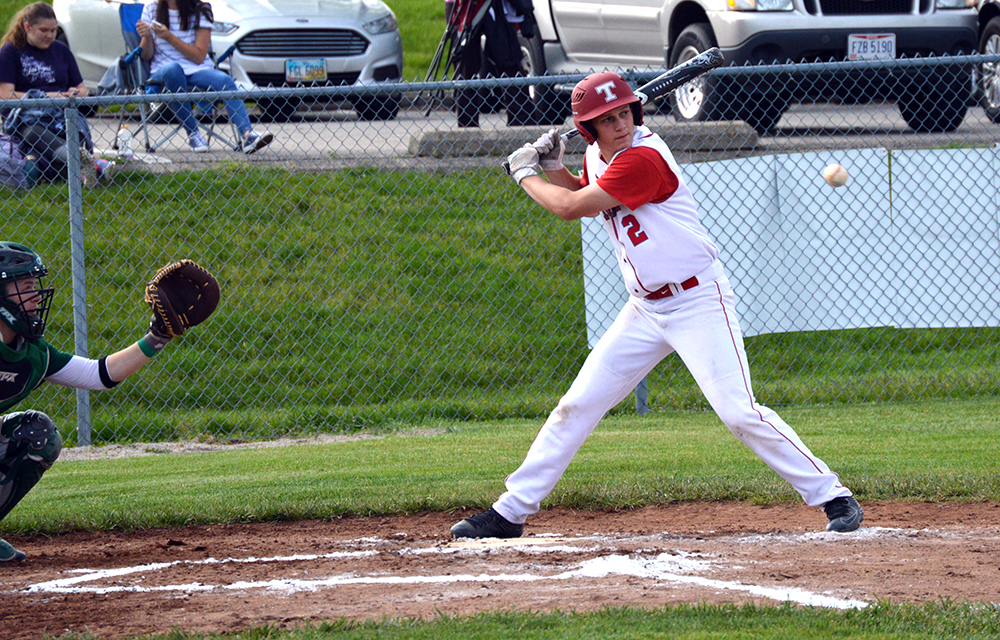 Troy came out and plated the games’ first run, and could have had more. After the first two were retired, Jared Bair walked and both Austin Barney and Alex Riedel each singled to load the bases against the Firebirds pitcher. Hayden Kotwica walked to drive in Bair, and the Firebirds jumped in front 1-0 to open the game. Joe McGillivary struck out to end the threat but the visiting Trojans had the early lead.

Fairmont led a runner at second early in the game, and in the fourth inning, the Trojans began their numerous opportunities to open the game up.

With two outs in the fourth, McGillivary and Tyler Lambert each singled, but a flyout to left by Drake McDonaugh left the runners on base to end that threat.

An inning later, Brandon Emery singled to lead things off and Nick Matney moved into scoring position before Bair struck out and Barney flew out to center, leaving another runner in scoring position. 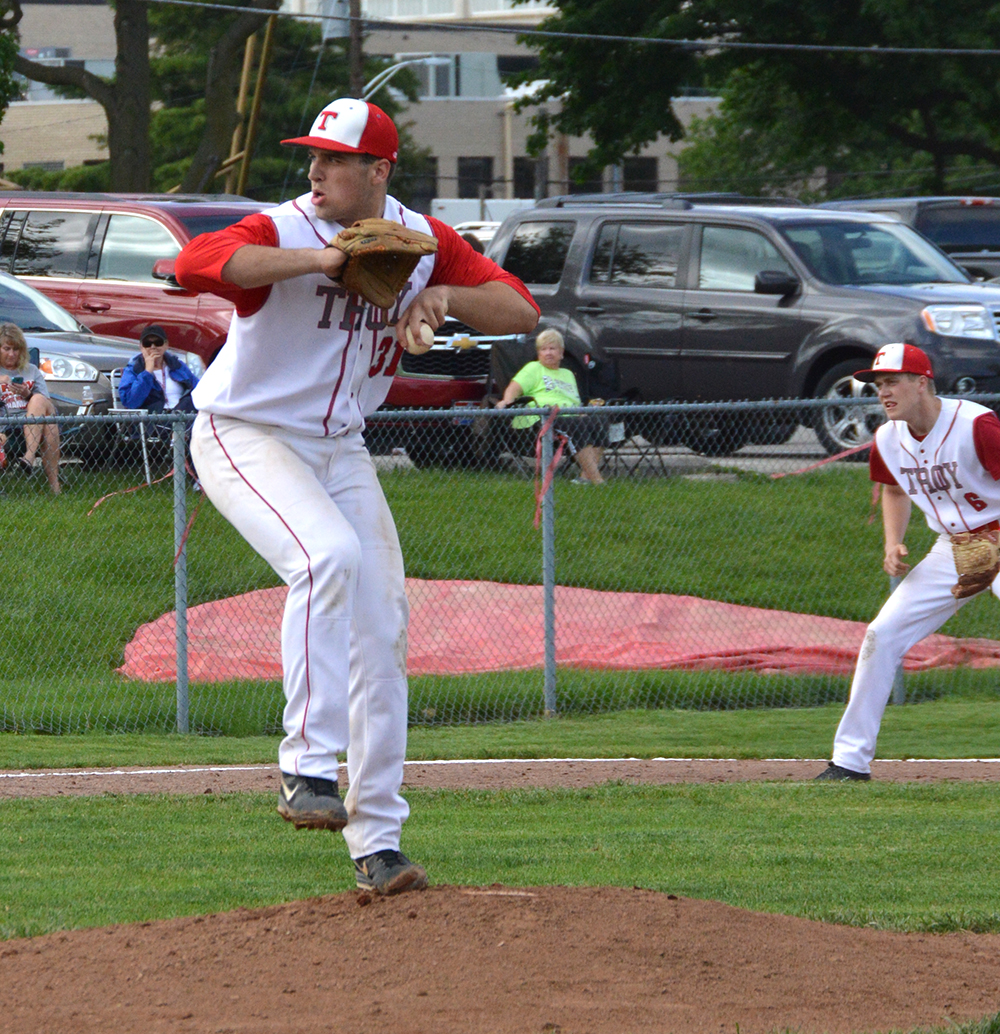 Fairmont threatened in the fifth for the first time in the game. With one out, Jake Dupler walked and moved to third on a double by Trevor Cukovecki. Later a walk to Tommy Bell loaded the bases for Fairmont before Jordan Peck forced Austin Warden to pop up in the infield, and keeping Troy up 1-0.

In the Troy sixth, Riedel singled and one out later McGillivary also singled, putting the Trojans in scoring position again. Lambert then hit into a double play to end another Trojans threat.

Again in the seventh, Troy put a runner on third base with one out, but could not score him, and in the eighth, the Trojans loaded the bases with two outs when Riedel and Kotwica singled and Lambert walked. But Barney flew out to right field to leave the go-ahead runs on base.

Fairmont came back in their ninth inning to load the bases before Austin Warden walked to score the winning run and send Fairmont to the sectional finals.

*Troy Softball- the Trojans softball team broke a 1-1 tie in the top of the seventh inning on a homerun by Savannah Nelson, and edged Piqua 2-1 last week to advance in the sectional softball tournament. Troy played Northmont on Monday in the sectional finals at Beavercreek, with results to be printed next week.

Troy only collected four hits in the game, half of them were solo homeruns by Nelson. The other hits came from Sara Goodwin and Camryn Moeller. Natalie Henson pitched a complete game allowing four hits.