Morgan Gigandet is making Columbus like a second home. Not only has the talented Troy runner appeared twice for the state cross country meet, this Saturday at 6:20 p.m. she will be running in her second state track meet for the 3200. 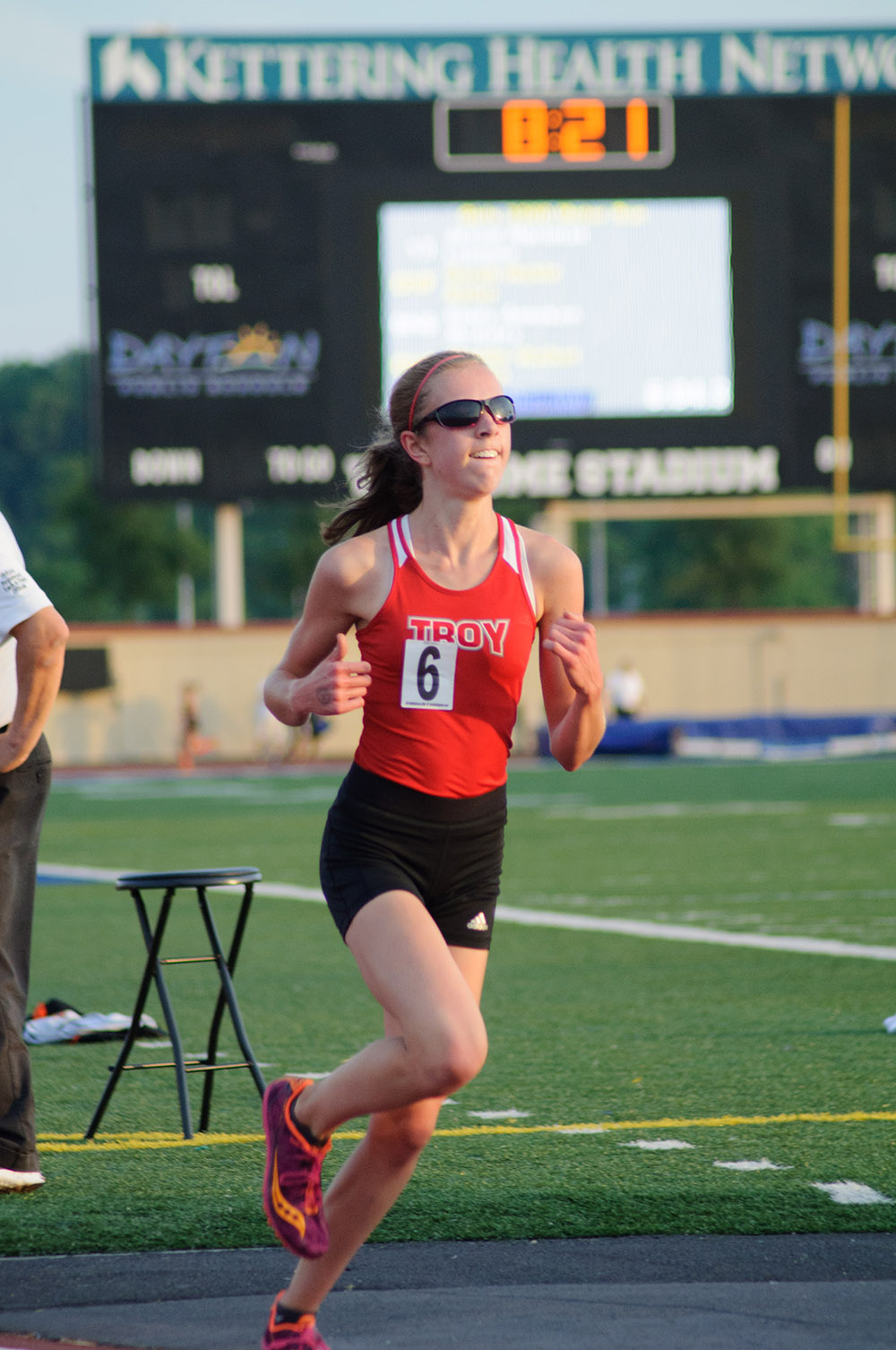 Gigandet, only a sophomore, leads the way for the Trojans runners as the girls placed fifth overall in the regionals last weekend at Welcome Stadium. She is joined at the state meet by Troy senior Kelsey Walters in the shot put.

The Troy boys also will be represented at the state meet, after finishing 16th overall at regionals. Competing for the boys will be Stephen Jones in the 3200.

The 3200 run saw Gigandet jump out to a lead over everyone on the opening lap and never looked back. She finished the event with a time of 10:47.23, a solid 23 seconds ahead of her closest competitor from Turpin. Also in that event, sophomore Emma Shigley had a solid performance with 11:41.54, placing her seventh overall in the meet.

Also advancing to the state meet will be Walters, as she placed second overall in the shot put with a throw of 41’10”. Walters opened the day with a throw of 40’8.5”, and when she qualified to the finals, her first throw of finals was her best. Also throwing shot and placing eighth overall at regionals was Alaura Holycross, who threw 35’1.5”.

Finishing just short of qualifying for the state meet was the 4x8 girls relay team of Megan Myers, Gigandet, Olivia Tyre and Shigley. They placed fifth with a time of 9:41.50, with only the top four advancing to the state meet.

Also qualifying for the regional finals was the 4x4 team of Walters, Jordan Hoffman, Kayla Hemm and Ciena Miller, and they placed eighth with a time of 1:49.60.

Ashley Barr advanced to the finals of the 400 dash, but the Trojans junior finished seventh with a time of 59.21.

Falling short of qualifying for the finals was Caitlyn Cusick in the 300 hurdles, as she ran 48.86 in the prelims and placed 14th overall. Also falling in the prelims was Celina Courts in the 200 dash, as she ran her prelim time in 26.71, placing her tenth. To advance to the finals, runners must finish in the top eight of prelims.

Finally in the running events, the 4x4 team of Miller, Alekhya Gollamudi, Lily Clouser and Hana Green finished 16th in that event with a time of 4:23.52.

In the field events for the girls, Dasia Cole placed tenth overall with a 5’2 jump, while in the pole vault, Troy’s Christine Moser 11’2”, but due to her previous jumps she placed sixth overall. 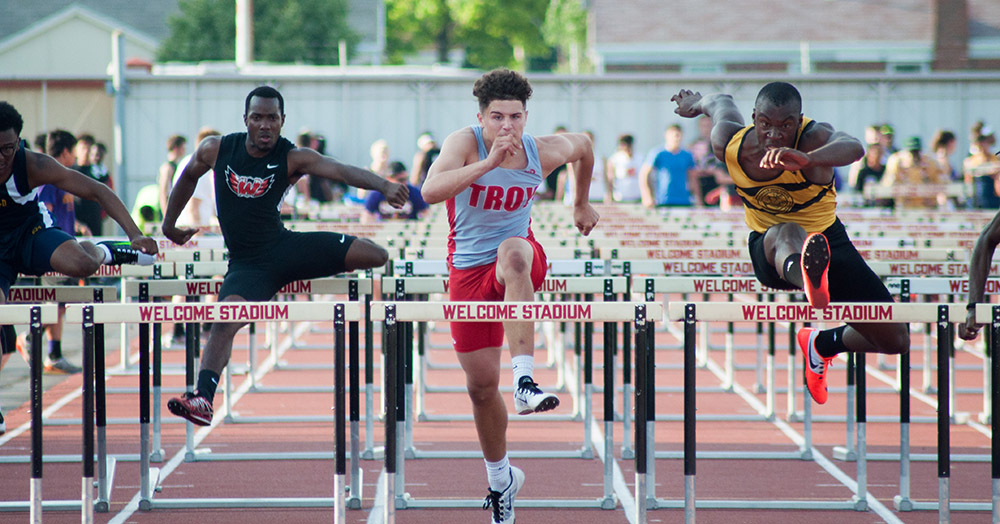 The Trojans boys’ squad was led by Jones in the 3200, as he placed second with a time of 9:23.00. He finished less than four second off the time of the winning runner from Lakota East.

Zach Boyer placed sixth overall in the 110 hurdles, as he finished the event in 15.14. Also placing sixth was the 4x2 relay team of Jayden Culp-Bishop, Hayata Nagata, Austin Jacobs and Derrian Moody, as they ran a 1:30.13, missing qualifying for state by one second.