Ed Note: The summer feature series continues this week, as the Troy Tribune features returning athletes from Troy and Troy Christian each week all summer long in the Tribune.

Two-sport athlete Bailey Hess heads into her final year with the Troy Trojans with one thing in mind. The athletic senior wants to see all of her years of hard word pay off with not only a league title on the soccer field this fall, but also a basketball season to remember. 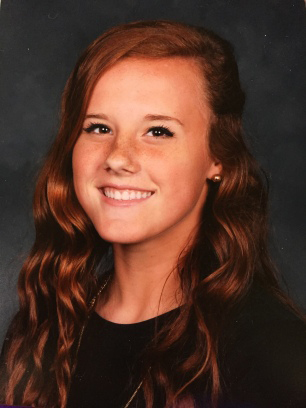 The Trojans soccer team just missed the GWOC North title last season, finishing second overall in 2015. They actually tied Butler, who ended up winning the division, but a tie against Trotwood earlier in the year kept the Trojans out of the top spot.

As for basketball, the GWOC North is a wide-open division this year. Hess will have to rally her team to prepare for the toughest challenges from the likes of Butler and newcomer Tippecanoe.

“I got started with them by trying almost every sport possible as a little kid and these were the two that stuck with me,” she said. “I am a competitive person and my parents gave me that little push to try them and the support to keep playing.”

The Trojans senior favors basketball, but continues to work on both sports in the off-season to prepare for her final year with Troy.

“My favorite sport is basketball,” she said, adding her favorite highlight being her career high last year against Piqua. “I also liked it when we played at Hobart Arena to celebrate the 100th year of basketball in Troy.”

Now that summer is here, Hess will be working to improve on both sports, as she prepares in two months to lead the Trojans on the soccer field. 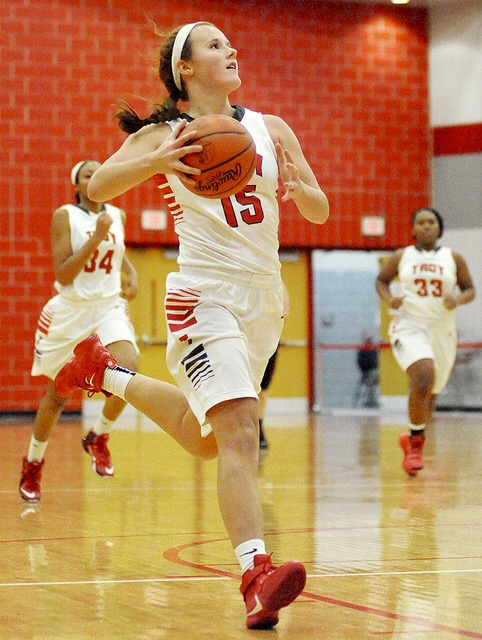 “For both sports, I have played AAU and club teams in the spring,” she said. “I also work out at the school in the summer and off-season with coach Gibbons.”

Her biggest improvements she needs to work on in her mind continue to be her strength, speed and skill, and has solid goals as she looks to lead as a senior.

“I want to have a winning record and I want to win the GWOC North in both soccer and basketball,” she said. Hess also has set a goal for herself this coming season.

“I just want to be someone my team can depend on,” she said.

As a junior, Hess was named second team all GWOC North in soccer, after being named the Rookie of the Year and all-conference as a sophomore.

On the basketball court, Hess averaged a team high 7.2 points per game last year, also with a team high 2.0 assists per game. She was named to the second-team all-GWOC North team last season, and was a District Nine all-media team for Division One.

Hess isn’t certain whether or not she wants to continue her playing career in college yet, as she is considering it. She does plan to major in graphic design, and enjoys working with the yearbook staff with the Trojans.