Hartman Wants To Conclude His Career On Top

When you attend a small school like Troy Christian, it is very common for athletes to cross over and play multiple sports. In fact, in order to provide a quality athletic program, it is almost a necessity. 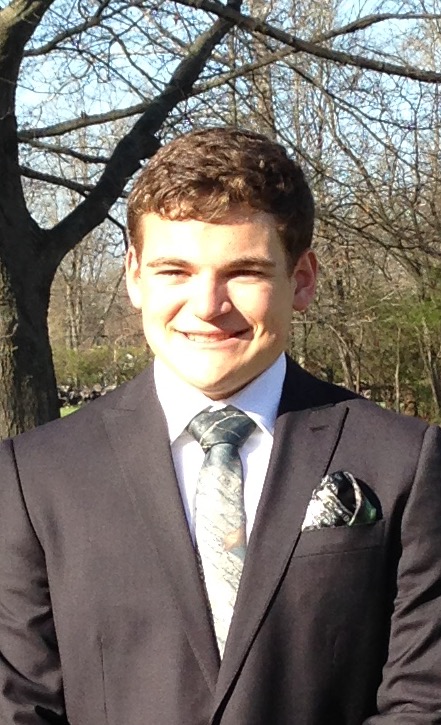 For Hayden Hartman, he is no different. The quarterback for the Eagles football team is also a contributor for the basketball team. But there is no doubt where he first love lies.

“My favorite sport is football, and my first major highlight of my high school career was the Lutheran East game my sophomore year,” Hartman said. “We were down 18-13 in the fourth quarter, and I threw a game winning touchdown pass to send us to the playoffs. Next in the first game of the playoffs, I probably had the most fun of that year, throwing and running for the most yards of my career.”

Last year, Hartman picked right up where he left off as a sophomore with a big start to the season.

“The first three games last season were a ton of fun,” he stated. “Our whole team was healthy and averaged more than 40 points per game. Even though we didn’t make the playoffs last year, it was great to finish the season with a win against Mississinawa Valley scoring over 60 points and sending last year’s seniors home with a victory.”

Hartman was a kid who loved playing all of the sports, but very clearly developed a love for football.

“Ever since kindergarten, I have enjoyed playing nearly every sport during recess at school and at home with my dad,” he said. “My parents didn’t me to play tackle football until seventh grade, and that heightened my anticipation to play once seventh grade came around.”

“Football is in my blood,” he added. “My grandfather was Gabe Hartman who played at Troy and The Ohio State University, and I am a huge fan of the Buckeyes, it fuels my desire to play even more.”

“My dad taught me how to throw a spiral and I have thrown the football with him numerous times since then.”

Heading into his senior year, he knows it will take a lot of hard work to improve on his game to help the Eagles succeed.

“Currently, I am working on my footwork and timing with the receivers with some pointers from coach Jones,” Hartman said. “I am also working to become quicker, stronger and faster. Also as a senior, I am trying to be the best leader I can be, building strong relationships with my teammates that goes beyond the football field and will hopefully last a lifetime.”

Last year, Hartman was a Southwest District honorable mention player, throwing for over 1,000 yards on the season. Even with that success, he knows there is a lot more out there for his team. 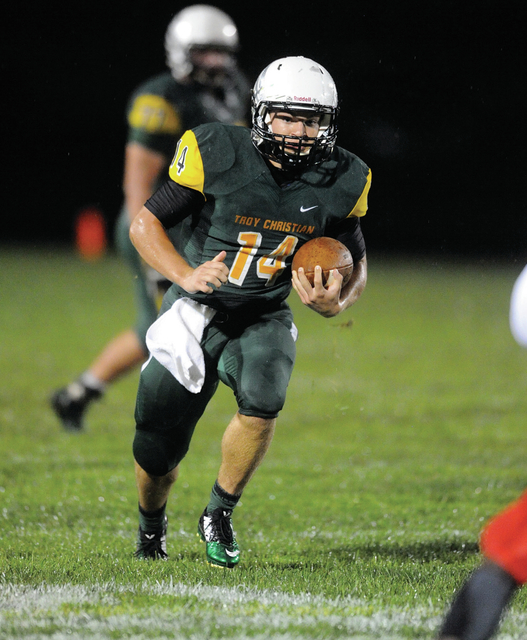 “Our goal is to make the playoffs and make a deep run,” Hartman said. “Before that our goal is to beat our rival Dayton Christian in week one. Winning is not our only goal. I want out team to bond closer together and represent the school well.”

“I will be grateful if any personal awards come with that, but the awards are not the point of it all. It is the character and discipline that is developed on the practice field and in games that will impact the rest of our lives.”

Hartman is also a part of the Troy Christian Worship team, a member of the National Honor Society and active in his church youth group. His plan is to attend The Ohio State University and major in mechanical engineering.