Essick Has Eye On Big Prize

The key for any athlete is improvement from year to year. Troy senior tennis sensation Hannah Essick is no different. 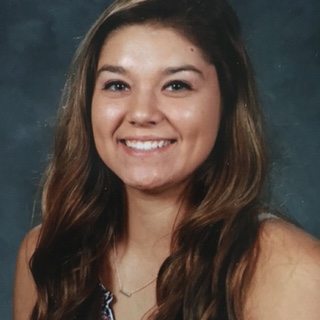 She has progressed through the ranks as she takes aim for Columbus in her last attempt. Last year as a junior, Essick advanced to the regional tournament where she was eliminated in the first round 6-4, 4-6, 6-4 in a classic battle with Abby Rembold of Oak Hills.

Now, as Essick is preparing for her final year with the Trojans, she knows that while her time may be running out to earn a trip to state, her passion is stronger than ever.

“My goal this season is to make it to state,” Essick said. “That has been my goal every year, and every year I get closer.” She knows it will take some incredible effort and hard work to make it happen, but she is ready for the challenge.

“The thing I work on the most to improve my game is my topspin,” she added. “Before I switched clubs, I was not hitting with topspin but I realize it is a very important technique and I have been working really hard on it.”

“Also I have been working on my foot speed. I have never technically been the fastest so I am trying to improve this.”

One thing that Essick has enjoyed is a lot of success with the Trojans tennis team. Not only did she lead Troy to their second consecutive league championship last year, but she was listed with an overall record of 22-8 last season, putting her among the elite in the area.

“One of my highlights from playing with the Trojans was when I got named the Athlete of the Year (in the GWOC North),” she said. “It was such an honor and I will never forget that moment when I found that out. My team is awesome and I have had the privilege of playing number one singles since my freshman year.”

“Every year my team and I have earned GWOC North champs which I am super proud of,” Essick added, who was also named first-team all-area.

The love of tennis goes way back for Essick, who started to play the sport when she was very young.

“I got started about 11 years ago when my dad took me to go play racket ball and I loved it,”Essick said. “He was impressed that I could actually hit the ball for my first time so he thought I should start playing tennis. At first I wasn’t the biggest fan of (the sport) but my dad told me I had to play until I won my first trophy and by then, I loved the sport.”

Now fast-forward to her senior year at Troy, where Essick looks forward to what lies ahead, not only this fall but down the road.

“My future goal is to play college tennis,” she said. “I am aiming for Division One or Two, and it is what I have been working on for many years now.”

Essick hopes to major in business.