Troy Christian junior Kathryn Lee leaves no doubt about her love for sports. The two-sport standout who shines on both the volleyball and basketball courts, summarizes her days with the Eagles in six simple words. 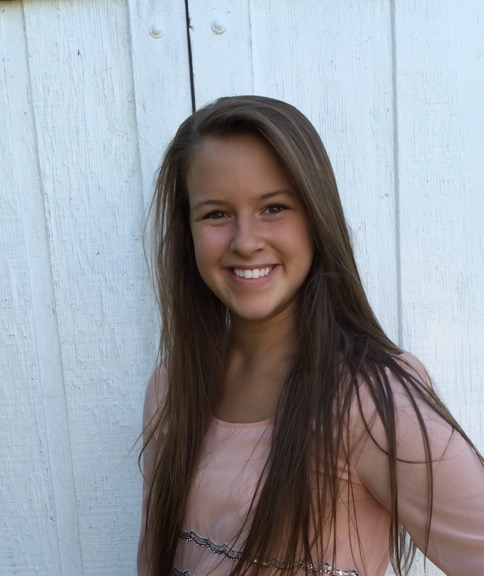 “Sports are my life at school,” she said when talking about her activities at Troy Christian. Lee and the Eagles finished in the middle of the conference in both sports last year, and she is focused this year on improvement in the standings for her team, along with her own play on the court.

“My favorite sport to play with no question is basketball,” she said. “One of my favorite highlights from last year was when we were playing Dayton Christian for the second time and we lost to them the first time. I wasn’t about to lose to them a second time. I am a very competitive person, so you can imagine that I hate losing.”

“I got fouled with five seconds left on the clock, and I got fouled and went to the line. I tied the game up and we won the game in overtime. The reason it was such a major highlight was when of our best players Meredith Haddad went down with a knee injury and I knew I had to step up in her place.”

She knows that even with her success the first two years with the Eagles, there is a lot of room for improvement and she is ready for the challenge.

“I really want to improve and sharpen my shot,” she said. “I have been working on developing my range and improving my three-point shot. From just putting in the work I have so far this summer, I have seen great improvements. I also want to work on being more aggressive and attacking the basket more this summer. If I put in the work, I will see all of it show up during the season.”

In volleyball, Lee also will be working on her game to prepare for a competitive junior season.

“I want to improve my hitting and passing,” she said. “Last year I finished the season with the most kills on my team, but I know I can do better this season. Passing has been one of the fundamentals of volleyball that I have struggled with the most, and I have been working especially hard in open gyms to perfect my passing.” 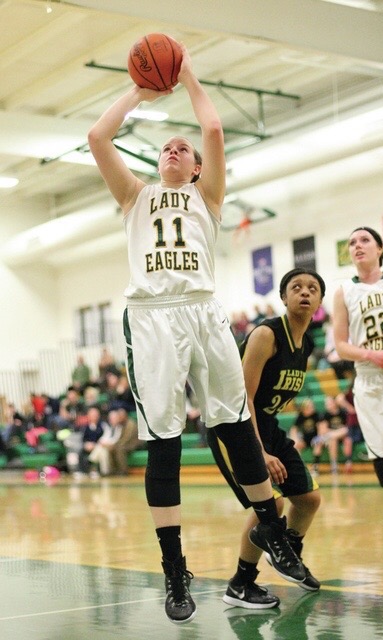 Her work continues during the summer, as she has been putting in the time in both sports to improve.

“I had the privilege to attend a basketball camp at Brewton Parker College, and I stayed around to scrimmage some of the college players,” she said. “I think at times people underestimate how fast paced college basketball is. I have also been lifting weights to build up my strength.”

She credits her family for having a major influence on her decision to play basketball, claiming it also helped her develop leadership skills such as patience, humility and mental toughness. Lee also stated her volleyball coach Mary Jo Weisenbarger for pushing her to become a better person and athlete.

“I want to plat at the collegiate level, whether it be for volleyball or basketball,” Lee said. “If I had to choose between the two, I would without question play basketball. I will continue to work on my game because playing in college is one of my dreams.”

Lee earned all-area honorable mention in volleyball, and second-team all-conference in basketball. She wants to get into the medical field and is undecided exactly what she wants to major in.