After four at-bats, the visiting Miami County Cubs were sailing along in their Dayton Amateur Baseball League game against the host New Carlisle Knights. 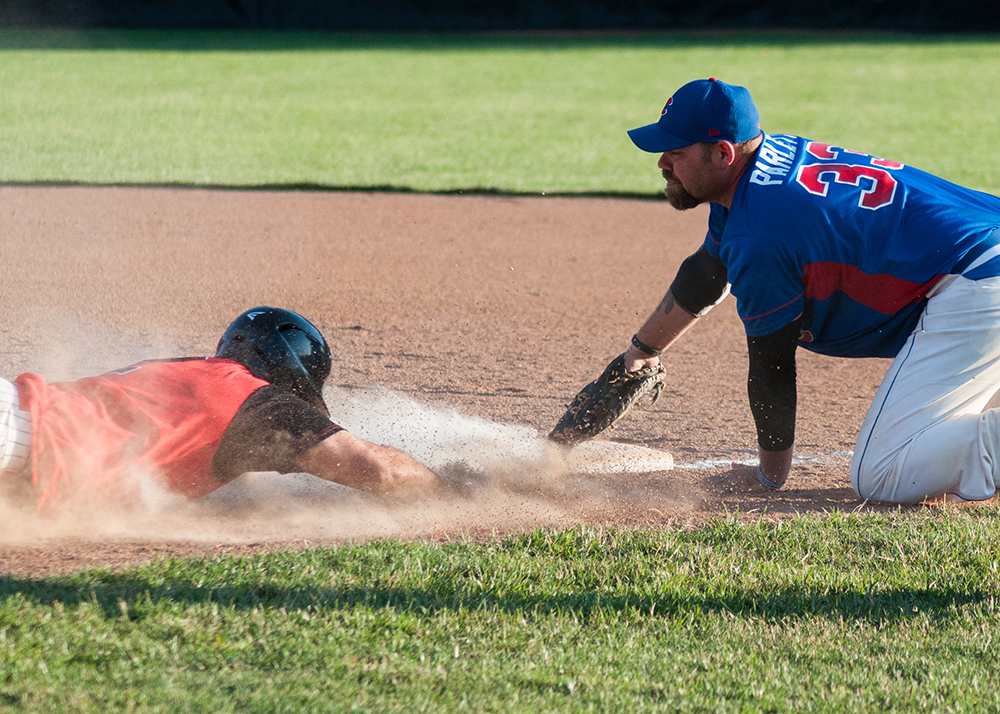 Leading 7-0 and in complete control, the Cubs watched as the Knights storm back to cut their deficit to one run, then withstand a late rally for a 9-7 victory over the Knights at Gastineau Field.

The Cubs came out swinging, as leadoff hitter Kevin Adamsky singled to open the game, stole second and was balked to third. Brandon Artz coaxed a walk off of Knights starter Chris Roth, and Adamsky then came into score in a wild pitch to give the visitors a 1-0 lead.

Their lead increased in the second, when they plated two more runs. Jamie White walked to lead things off and stole second. Mike Sosebee then walked and following a strikeout, Jason Studebaker walked to load the bases.

Jason Parlett then was hit by a pitch to score White, and Adamsky grounded into a fielders’ choice to make it 3-0.

In the third, the Cubs struck again. With Hawkeye Pierce now on the mound for the Knights, Rusty Long reached on an error, and Eric Salter was on by a fielders’ choice. A ground out by Scott Jones knocked in another run for the Cubs and they took a 4-0 lead over the Knights.

The fourth inning proved to be another scoring frame for the Cubs, as they added three more runs to their lead. Studebaker led off with a single, Adamsky followed with a hit and Artz crushed a two run triple. Salter then hit a fielders’ choice to drive in Artz, and after four place appearances, the Cubs were in command 7-0.

But things can change in baseball in an instant. The Knights turned the game around with a big six-run inning. John Kaufman led off the inning with a single and Pierce reached on a fielders’ choice. JD Perry then added a single and Tim Birmingham doubled in a run to put the Knights on the board.

Another run scored on a ground out from Smith and when Joey Stanaway reached on an error, the Cubs lead was cut to 7-3.

Chris Garrett drove in the fourth run with a single, as did Eric Boothman to make it a 7-5 game. When the dust settled, the Knights saw their deficit only 7-6 heading to the fifth. 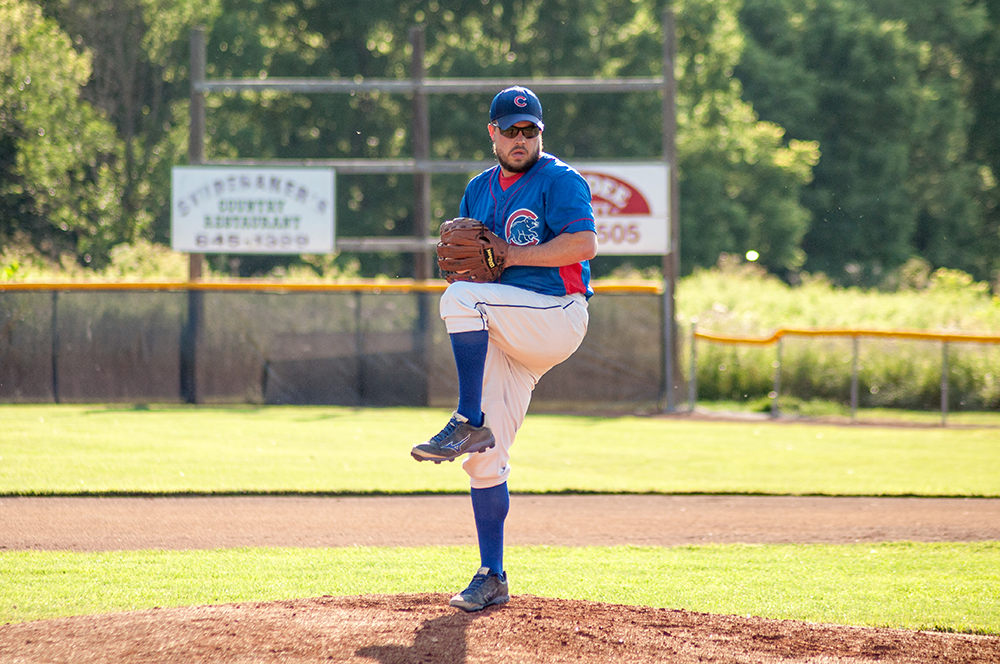 The Knights put together a major threat in the sixth trailing by one. Smith reached on an single and moved up on an error on the play. Stanaway then had an infield single and a double steak put runners at second and third with no outs. Artz then bowed his back to retire the next three batters without a run scoring, and their chance was gone.

The Cubs added two more runs in the seventh when an error allowed Salter to score, and with the bases loaded, Studebaker hit a sacrifice fly to cap the scoring for the Cubs, as the Knights trailed 9-6. They scored one run in the seventh, but left the tying run at the plate.