Both teams had high aspirations heading into this cross country season, and both teams delivered.

The Troy and Tippecanoe girls’ cross country teams sent their teams to the state finals meet last weekend in Columbus, and both walked away with a top five finish. 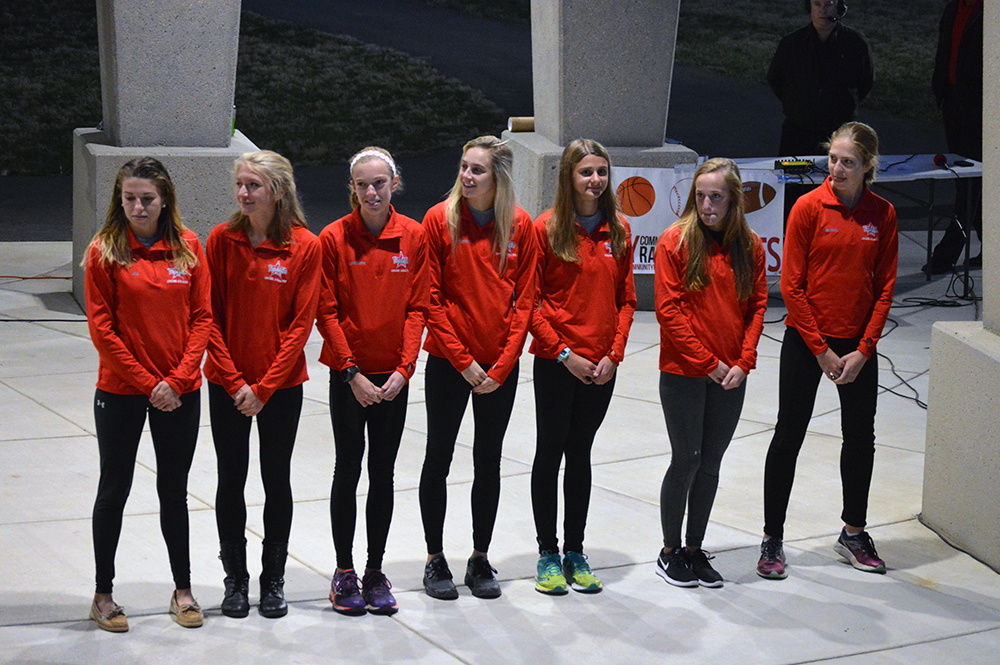 Troy brought home the state runner-up hardware with a total of 170 points, edging Mason who had 175 for second place. Centerville, who finished with the same number of team points as Troy in the regionals, controlled the field to finish as the state champions with 134 points.

Morgan Gigandet led the way for the Trojans with a fifth place finish running a time of 17:55.5, after leading the field at the one-mile split. Gigandet dropped to third at the two mile mark, and finished as an all-Ohio representative runner with her fifth place finish.

Tippecanoe led the Division Two girls’ race after the one-mile split, and remained in the top three the entire way, as the Red Devils finished third overall in the team race with 139 points, nearly 50 points behind the state champion Woodridge.

Placing 16th overall and earning all-Ohio for the Red Devils was Katie Taylor, as the sophomore ran 18:50.2 and was the top Tipp finisher.

*The Tippecanoe boys’ team had two representatives in the Division Two boys’ race, while Greenon and Northwestern also had runners compete at state.

Tipp was led by Keenan Fraylick who placed 84th overall with a 16:57.2 while his teammate Bryce Conley, only a freshman, finished the state tournament with a time of 17:42.0 finishing 160th overall among the runners.

After a very slow start, Greenon’s Max Pettit turned it on to place 30th overall in the race. He was shy of the top 100 runners after one mile, but moved up quickly in the second mile to move into the top 40, and finished 30th overall with a time of 16:22.2.

Ryan Cleland from Northwestern also had a better second half of his race, after sitting 126th overall after the first mile. Cleland pushed forward and finished 81th overall with a time of 16:55.4.