After a slow start for the Troy Christian football team that saw Upper Scioto Valley put 14 quick points on the board, the Eagles came soaring back in an attempt to win their opening round playoff game last Saturday night in Troy. 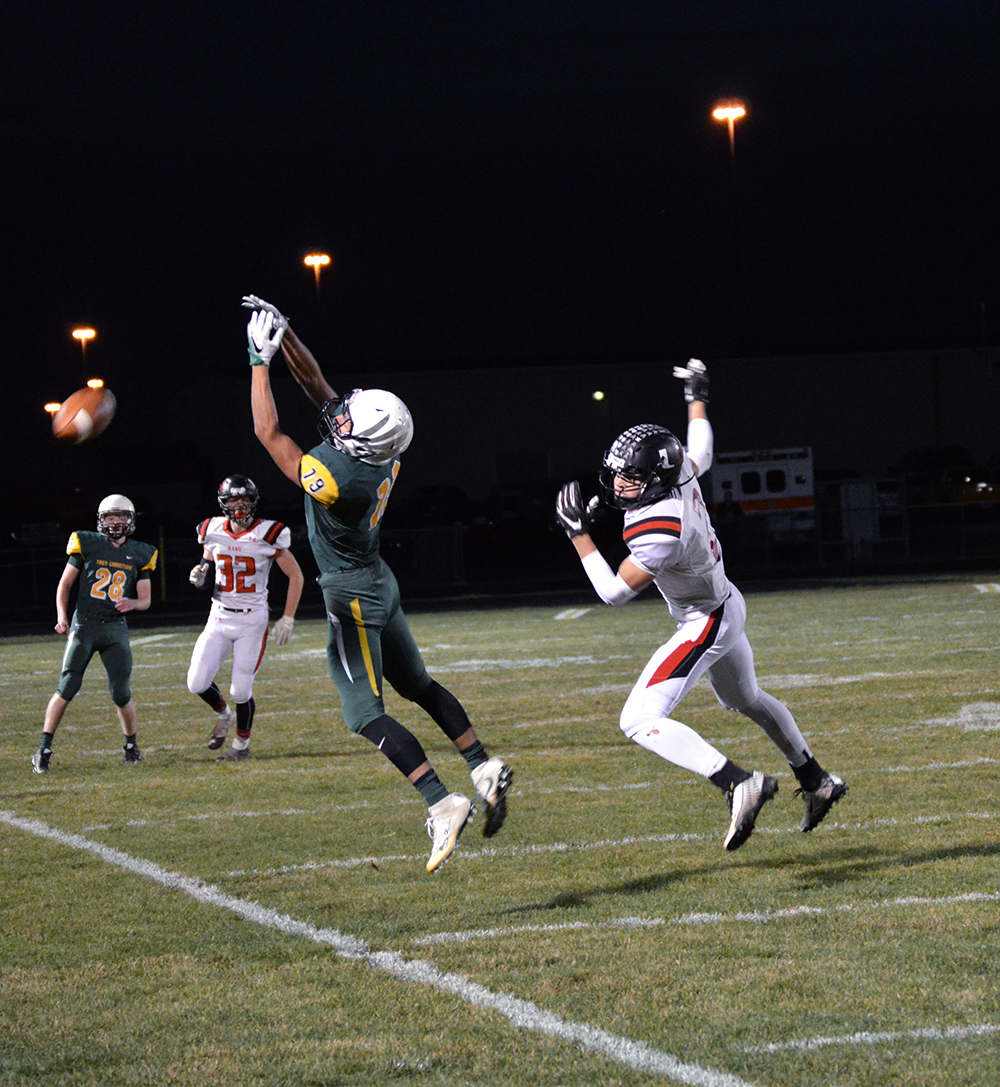 The Eagles fell just short of their attempt to move into week 12, falling to the Rams 28-21 to end their season 9-2 overall.

Things started slowly for the Eagles, as they were forced to punt in their opening possession after being unable to move the ball upfield. The Rams capitalized on their initial chance.

Before getting injured in the second half, Austin Sloan was a major factor all night for the Rams, including on their first drive. Sloan broke into the secondary and sprinted 67 yards for a score with 9:23 left in the first period, giving Upper Scioto Valley a quick 7-0 lead.

The Eagles came right back and looked to even the score. On their second drive, the Eagles moved into Rams territory on big runs from quarterback Hayden Hartman and Jacob Calvert, moving the ball inside the red zone and were in position at the 14 yard line.

The Rams defense tightened up and forced a fourth down, where Troy Christian fell short of the first down, turning the ball over the Rams deep in their own territory.

Sloan went to work again, breaking through the line and breaking loose for an 85 yard touchdown run with 2:51 left in the first period, and the Eagles stared at a 14-0 deficit heading into the second period.

Troy Christian finally broke through midway through the second period, as they took possession at the Rams 35. A pass to Peyton Spurlock set up a Calvert 21-yard scoring run to close the gap to 14-7 with 7:42 left in the half.

After driving into the Eagles territory, Upper Scioto Valley then fumbled at the 12 yard line to give the Eagles life as they looked to even the game before the half. 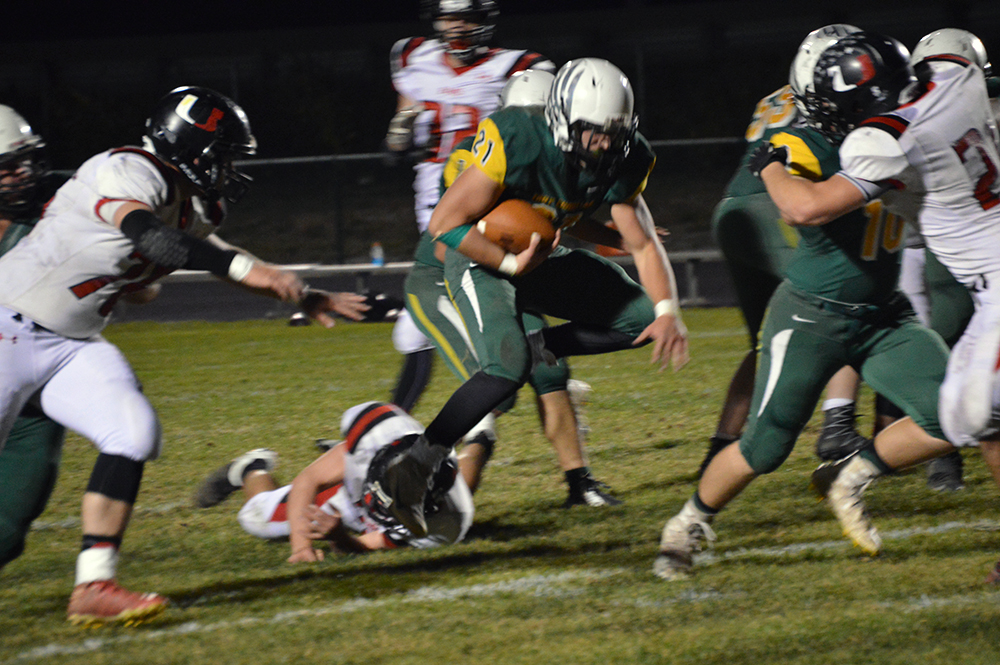 Starting deep in their own territory, the Eagles moved the ball out to the 22 before Hartman was intercepted and the Rams defender returned it for a touchdown with 2:41 left in the half, giving the Rams a 21-7 lead. That was how the first half ended.

The third quarter saw a lot of action from both squads, as the Rams drove right down the field on their opening possession of the third quarter and on a fourth down at the two yard line, Sloan scored again with 8:03 left to pull ahead 28-7 and put the Eagles in a must-score mode on their next possession.

Troy Christian answered when Hartman hit Jacob Brown on a 48 yard strike to close the gap to 28-14, then two minutes later, the Eagles answered again.

Brown caught another 26 yard touchdown pass from Hartman with 3:25 left in the third period, and it was a one score game at 28-21.

Unfortunately for the Eagles, they could not answer in the fourth period as they turned the ball over on downs with 1:11 left in the game on their final drive.