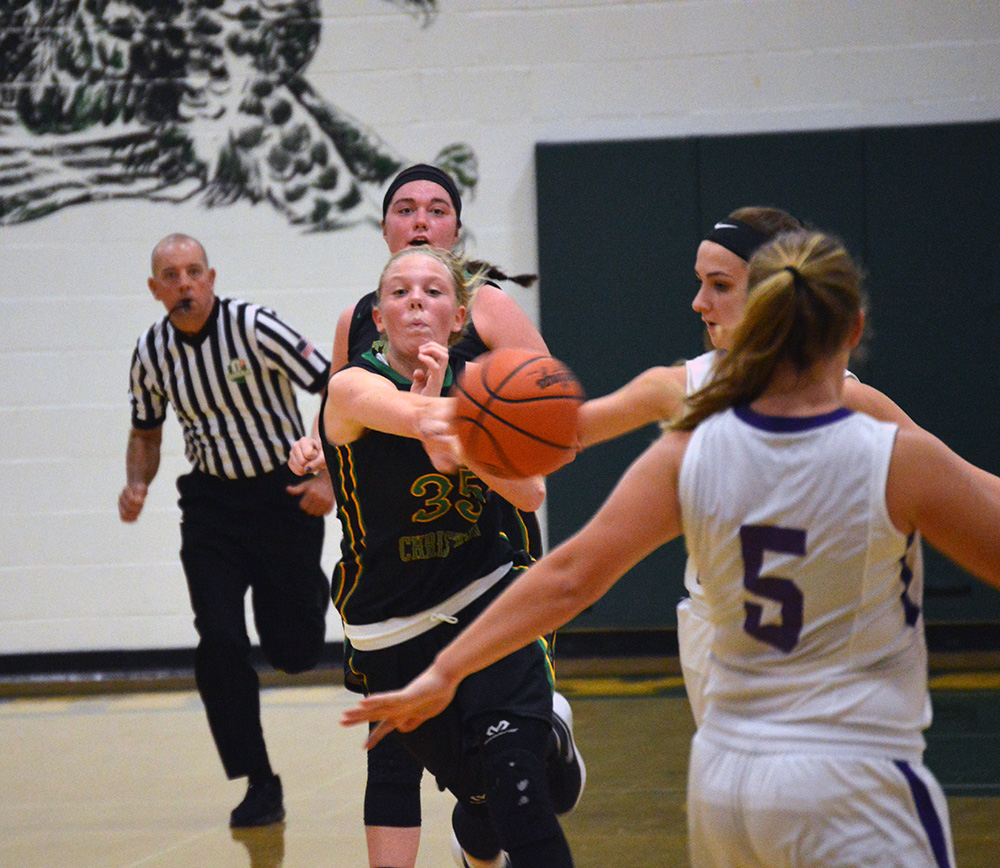 Winning games has never been a problem for Troy Christian’s girls’ basketball team. They often win several games in the regular season only to struggle in the postseason.

Tony Ferraro has taken over the helm of the Eagles, and he is gearing this group up for not only the expected success in the regular season, but also the tournament.

“The first thing we had to decide was if we are going to be all in,” Ferraro said, as his Eagles open the regular season this Saturday night at Indian Lake. “We had to make sure we were to the point where we were going to play pressure defense both half court and full court.”

“On the offensive end, it was the first time that most of these kids could really work on fundamental skills. Things that we spent June and July preparing for and when they hit the court, we worked to get those things to the next level.”

As a group, Ferraro is very high on the kids he has coming back.

“I have a real nice group of kids and the returners are hungry,” Ferraro said. “They know if they work together as a team, they could be a real force.”

“We also have a couple of new additions who came out for the team who are going to be big additions. Players who will contribute right away.”

Hailey Peters is the team’s lone senior, and will be counted on for a lot of leadership this season.

“She has a very good work ethic and once soccer was over, she was the first one in the gym,” Ferraro said. “Hailey is our general on the defensive end.”

Kathryn Lee is a junior post who shoots well for her size according to Ferraro.

“She runs the floor well and rebounds well,” the coach said. Also back is Lauren Lavy is will play a wing and can shoot the three as good as anyone.

“Lauren never missed any open gyms in the summer of fall,” Ferraro said.

Cara Salazar will be playing this season as a sophomore after a strong soccer season.

“She is our point guard, and runs the floor well and makes good passes,” the Eagles coach said. “She is our general and gets the ball where she needs to. She is like a coach on the floor.”

Kenley Blake is also a sophomore who is very athletic with a large wingspan.

“She traps well on defense, and can get to the rim in a dribble or two due to her being so athletic,” Ferraro said. “She is like a coaches dream with her physical skills.”

Also looking to make an impact is Jayln Forrer who is one of the teams’ best defenders who has also worked on her ball handling, and will be able to be a strong team player.

Also on the roster are freshman Sara Earhart and sophomore Kate Echols.