Johnson Ready For Challenge At Troy 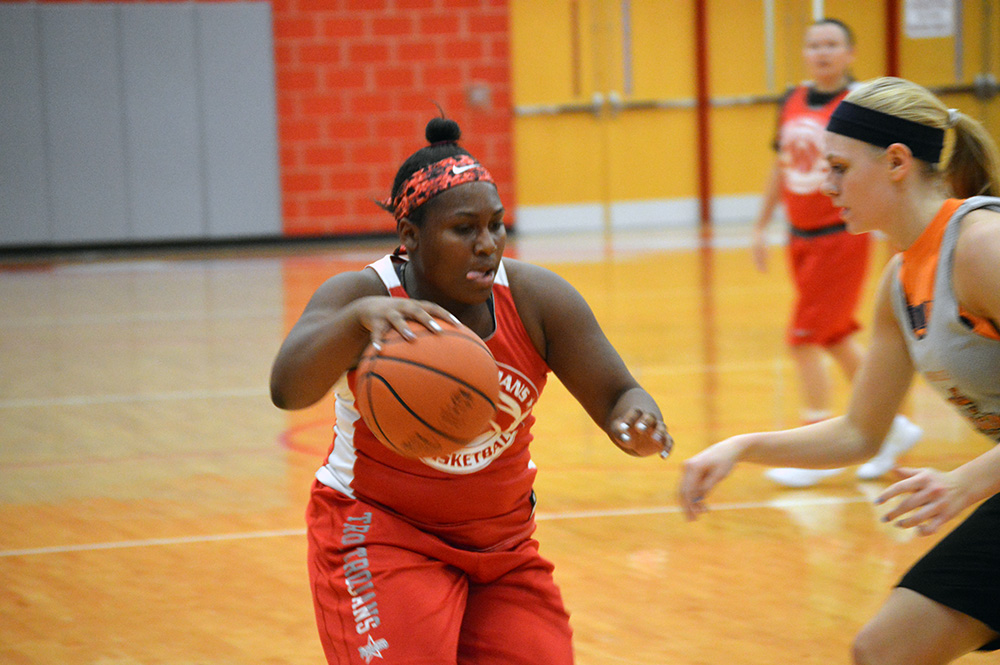 A new era in girls’ basketball in Troy is here.

After several years under the direction of Nathan Kopp, the Trojans have welcomed Aaron Johnson for his first year at the helm of the Trojans’ squad.

“The transition has been very good,” Johnson said. “The girls have bought into what we are trying to get them to do, and their effort has been great.”

“It is a learning curve for the girls. What Nate ran is a little different from what I am doing. I have seen some good things, but what I want to see more of is consistency. The girls have to find that confidence in our philosophy and what it is.”

Johnson has been with these kids now for a couple of weeks, and there are some things that have caught his eye as he works toward the start of the new season.

“We are not set-oriented and my expectations are that the girls read the floor when they play,” he said. “They need to create some mismatches through screening and picking one another and take advantage of what the defense is giving us more than running a set play.”

Johnson has a clear message for his girls and the program. He wants to bring the winning back to Troy.

“We are spending a lot of time with fundamental ball handling and trying to make sure I have a team of ballhandlers,” Johnson said. “I also don’t have a true post presence, so I need all five who can handle the ball and all five can play on the perimeter and all five need to be able to penetrate to the rim.”

“I am not looking two years down the road, I want to have the success now.

Leading the way for the Trojans is senior Bailey Hess, who is an athletic 5-foot-11 player being counted on to be a leader.
“She is a very athletic player who can run the floor well, can catch and shoot and is a strong body. We are looking for a lot from Bailey this year.”

Another senior returning is Jenna Kaup, who should run the point this year.

“We need her to be a leader on the floor, and she is understanding the philosophy of our offense,” Johnson said. “She sees the court well.”
Also back is Alaura Holycross, a junior who will be the post presence for the Trojans. 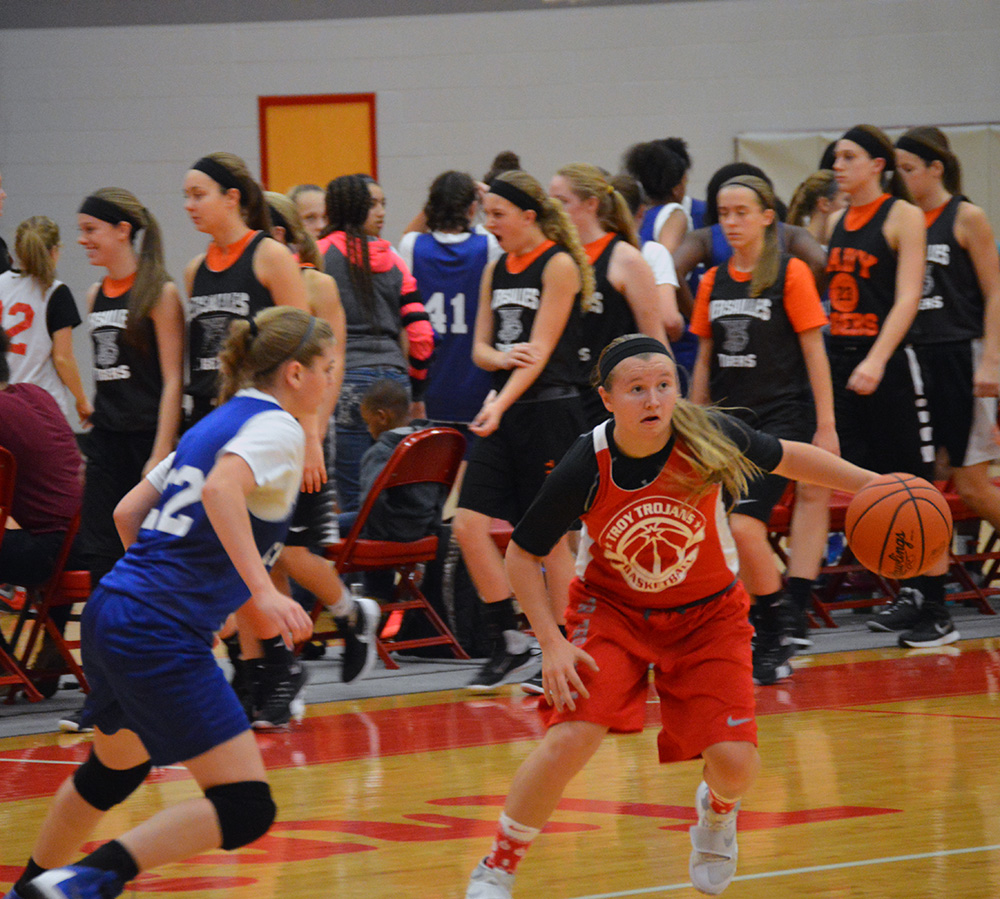 “She is a big presence and a very strong young lady in the post,” Johnson said. Also back is junior Jordan Short who has seen her ball handling improve.

Kihya Adkins is also back and will use her speed to create plays and has seen her shot improved. She also harasses people on the defense end with her quickness.

In the GWOC, Troy is a part of the American North division, and while Tippecanoe appears to be the favorites coming into the league, Johnson feels anyone has a chance to win the title.

“I don’t know if we can out-talent anyone in the league, but we hope to out-execute and out-hustle. Butler will be very strong, and Tipp may have lost a lot of kids but they have a great tradition and are bringing up some kids this year who are solid.”

“You can’t coach 6-foot-5 and Sidney has Taborn. Then you look at the Piqua-Troy matchup no matter what sport. It will be a competitive conference for all of us.”